Bangladesh sent another group of Rohingya to isolated island 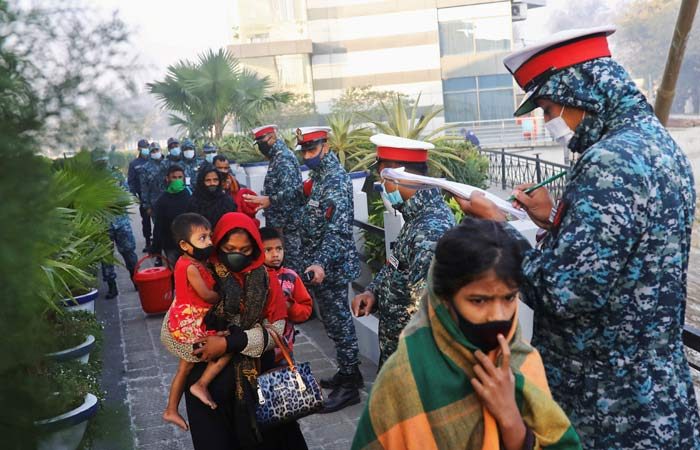 Bangladesh sent the second group of Rohingya refugees to an isolated island in the Bay of Bengal on Monday. Meantime, opposition from rights groups expresses concerns about the new site’s vulnerability to the current floods caused by cyclones, Reuters reported.

The Bangladeshi authorities have reported on sending off another group of Rohingya refugees to an isolated island. On Monday, more than 30 buses carrying about 1,500 refugees left their camps in Cox’s Bazar district on the way to the island.

The Prime Minister’s administration said in a statement that more than 1,500 Rohingya refugees left Cox’s Bazar voluntarily under government management.

Commenting on that fact, the UNCHR urged the government to ensure no refugee is forced to move to Bhasan Char island, which only emerged from the sea 20 years ago.

“We are ready to receive the new arrivals,” Navy Commodore Abdullah Al Mamun Chowdhury said from the island of the 1,804 Rohingya being moved in seven ships.

The Bangladeshi officials involved in the process, say the refugees were selected for relocation based on their willingness. However, the human rights activists insist that there was a pressure on some refugees who have been forced to go to the island, located 34 kilometers from the mainland.

The government has built a 12-km embankment to protect the island along with housing for 100,000 people. It dismisses the risks. “The island is completely safe,” Bangladeshi Foreign Minister concluded.