Bank of England: Old £10 note to disappear next year 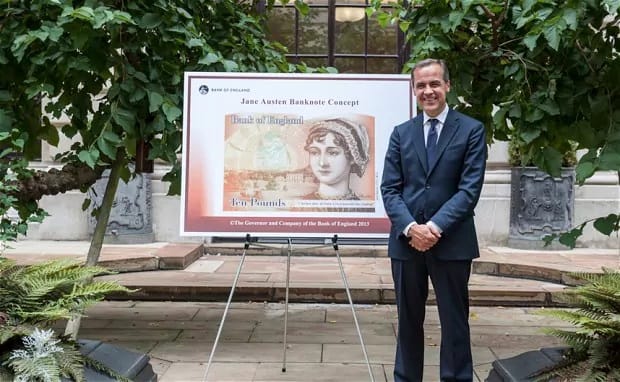 The Bank of England warns if you still have any old £10 notes with Charles Darwin, better spend them before 1 March next year, otherwise, it’ll transform into the souvenir.

On March 1st, 2018, the United Kingdom will use only a new £10 note, and the old paper notes will no longer be legal tender after that date. The 2018 spring starts with the polymer tenner, depicting author Jane Austen. In fact, the new note has already entered circulation in September.

An important notice from the Bank of England: despite the circulation only new polymer tenner since 1st March 2018, the old note can still be exchanged by the Bank after the cut-off date.

The innovative polymer is more secure and durable in comparison with an old note, depicting Mr Darwin, one of the greatest personality in England’s history. New five (you can see the portrait of Winston Churchill on it) is the new variation of the banknote, also shows the higher level of durability, it is also cleaner than old-fashioned paper notes. It is worth to list the security features of polymer Jane Austen £10 note, which make it harder to forge, the three of them are:

In August, the Bank of England confessed that it would continue with the use of tallow in future banknotes, the spokesperson noted that Bank “has not taken this decision lightly”.

The Bank assessed whether palm oil or coconut oil should be used instead, but concluded that this might not be able to be sourced sustainably. Changing production would also involve considerable extra costs to taxpayers.

Despite the vegans’ protests, the note with Jane Austen also has an inscription in raised dots that help blind and partially-sighted users to identify them.