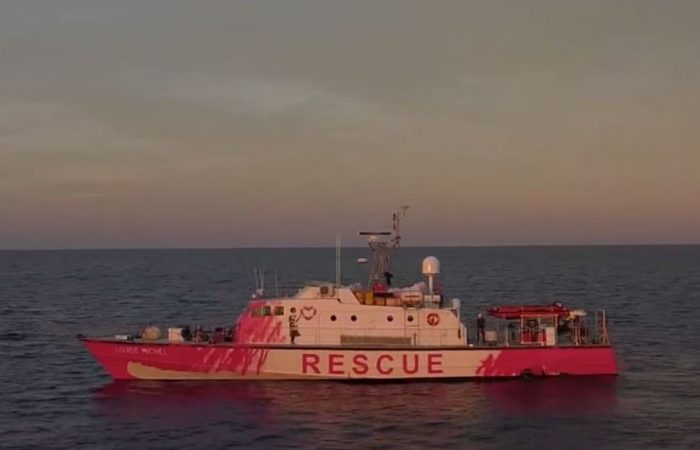 Banksy, an elusive ‘street artist’, made an unexpected move and gave the funding a rescue boat to help save refugees in perilous situations in the Mediterranean. As CNN reports, he painted it pink to make the artwork is similar in style to Banksy’s famous «Girl with Baloon» stencil murals.

Banksy has surprised not only his hand but the international community. This week, he preferred to stick to his core values donating to the refugee crisis. Banksy has just bought and repainted a boat named Louise Michel.

As Guardian says, the story has started last year when Banksy reportedly wrote to Sea-Watch captain Pia Klemp offering to aid their mission. “I’ve read about your story in the papers. You sound like a badass,” the artist told Klemp. “I am an artist from the UK and I’ve made some work about the migrant crisis, obviously I can’t keep the money. Could you use it to buy a new boat or something? Please let me know.”

On its website, the Louise Michel project said it aims to «uphold maritime law and rescue anyone in peril without prejudice.» The artist decorated it with a fire extinguisher and created an image of a girl in a life jacket reaching out to a heart-shaped lifebelt. The artwork is similar in style to Banksy’s famous «Girl with Baloon» stencil murals.

Twitter account reports that the boat has already carried out a number of rescue missions, taking on board 89 people from a rubber boat on Tuesday.

The boat carrying refugees was painted pink by Banksy

The robust vessel features sprayed pink graffiti art and a stencil painting depicting a young girl holding on to a heart-shaped safety float. Banksy customised the former French Navy boat in white and pink and launched it last week.

The crew said that the boat’s mission is to «answer the SOS call of all those in distress, not just to save their souls – but our own.”

Last Month, Banksy auctioned off three seascapes overpainted with empty lifejackets representing those who have died crossing the Mediterranean. The proceeds £2.23 million ($2.95 million) was donated to a Bethlehem hospital.

The world used to think that Banksy is an anonymous graffiti artist from Bristol, United Kingdom. He uses subversive epigrams and dark humour to provide political and social commentary on streets, walls, and bridges of cities throughout the world.

The elusive artist’s work grew out of the Bristol underground scene, which involved collaborations between artists and musicians. In addition, Banksy authentication and artist enquiries or reports of stolen work should be directed to Pest Control. The latest work has appeared on the official Banksy Instagram account, the latest confirmation of an authentic Banksy.