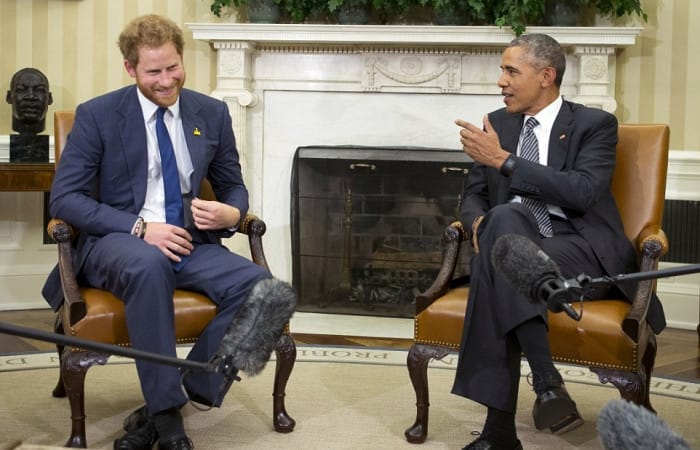 Barack Obama congratulated Prince Harry with an engagement,  he wished royal and his fiance all the best in life. The ex-president was happy to know that Harry made his choice while Donald Trump keeps silence.

“We wish you a lifetime of joy and happiness together.”

has congratulated the couple on their important milestone while President Donald Trump has ignored this news.

While it is considered unlikely President Trump will be invited to the royal wedding next year – which has yet to have a date or venue fixed – the Obamas are expected to be bestowed with a coveted invitation. In October, Prince Harry has fostered a friendship with Michelle Obama during the surprise visit to a school in Chicago’s South Side.

Prince Harry’s engagement to Markle, who rose to fame for playing ambitious paralegal on popular US show Suits, was announced on Monday. The couple will marry next spring and live at Nottingham Cottage at Kensington Palace in London. President Trump has yet to comment on the news despite the fact Markle is set to become the first American to be bequeathed with the title of Her Royal Highness (HRH).

The former US president, who has forged a burgeoning friendship with the prince in recent years, wished the newly engaged couple a happy life together. Instead of congratulating Prince and actress, Mr Trump, whom Markle has been a vocal critic of, spent the day venting his frustrations about US networks that he accused of fakenews reports about him.