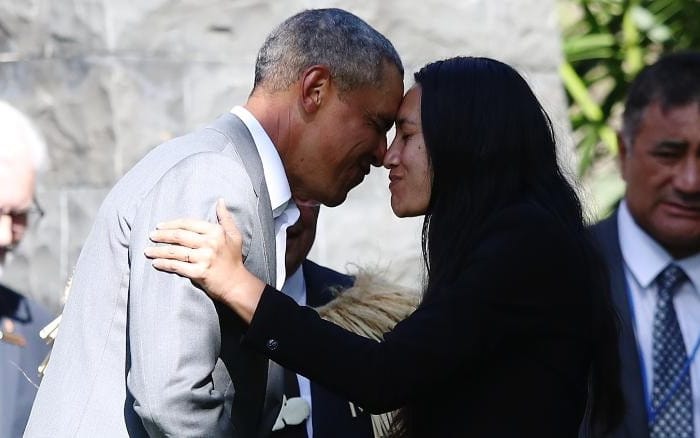 Barack Obama has touched down in Australia for a private speaking engagement, the former US president arrived in Sydney ahead of a secretive event at the Art Gallery of NSW this evening, The New Zealand Herald reported.

Barack Obama is travelling to Australia and New Zealand in a private jet, on Friday, he met personally with prime minister Jacinda Ardern who warmly welcomed American guest. According to PM, they are going to discuss leadership, climate change and how social media impacts politics. The former US President also held a public speaking event for an audience of about 800 and spent time playing golf with former New Zealand Prime Minister Sir John Key.

Mr Obama liked the traditional Maori tribal welcome he was given upon arrival. He was gifted with a whale tooth pendant and was honoured with a hongi — a greeting in which two people press their noses and foreheads together. During his two presidential terms, Barack Obama travelled a lot, but such an original way of welcoming is one of the cutest, undoubtedly.

A powhiri at Government House was the only event open to the media and there were almost no opportunities for the public to catch sight of him.

In a 75-minute Q&A session with actor Sam Neill in front of an invite-only audience of 1000 people, Obama joked he was visiting New Zealand on a “scoping” mission for wife Michelle.

He had not visited New Zealand until now because the country was a true friend and ally that had never caused issues during his presidency. He was particularly praising of Sir John Key for his support, as a leader and friend, during their respective tenures.

One of his most revealing comments on leadership came around the raid on the Pakistan compound in 2011 and the killing of al Qaeda leader Osama bin Laden. The former POTUS explained that issues only arrived on the Oval Office desk if they “were not entirely solvable”.