Barack Obama thanked Rihanna for her philanthropy at The Diamond Ball 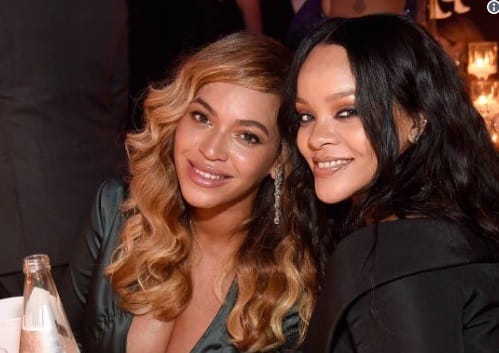 Barack Obama whose video message was aired last night, during the third Diamond Ball in New York, thanked the singer for her philanthropy efforts.

Many stars and celebrities gathered at the third Rihanna’s Diamond Ball, one of the brightest stars was Beyonce. But the video link to Barack Obama became the most effect minutes during the event.

Barack Obama could not be there in person but he did send a message to Rih and the rest of her guests, stressing that Riri does a lot for the better future.

“Thanks to Rihanna for her philanthropy. And thanks to everyone for your support,”

the former US President said via video link. See full video message below.

Right after Obama’s speech and the Rihanna and Beyoncé hanging out, the social media started to melt. What was the subject of their conversation is still unknown, the followers and fans supposed the two divas were discussing the new collaboration. In music or in fashion.

The Diamond Ball is not the vanity fair, the charity event also held an auction, which helps raise a staggering $840,000. Chappelle himself accounted for $180,000 of the total by purchasing a Retna art piece. “I have the perfect wall for this,” he deadpanned.