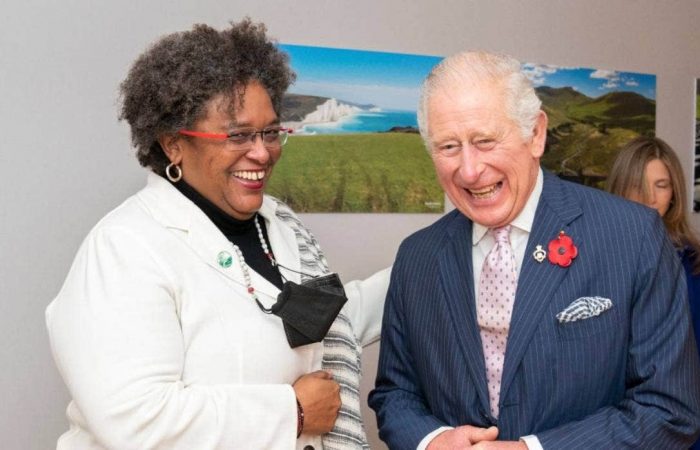 Prince Charles set to visit Barbados to watch it officially become a republic. The Queen’s son will attend on the personal invitation of Prime Minister Mia Amor Mottley.

Barbados people voted to remove Queen Elizabeth II as head of state and “fully leave our colonial past behind”. Prince of Wales received an invitation from the top official to be the guest of honour at the Republic Celebration events later this month: the first of their kind in a generation.

Commenting on the planned visit, Prince Charles, the future head of the Commonwealth, will mark Barbados’s transition to a republic within the Commonwealth. Clarence House added that he demonstrates the royal family’s continued loyalty and appreciation of the country that will remain in the “family of nations”.

On November 30, Dame Sandra Mason, the island’s governor-general, will be sworn in as the new head of the state some affectionately call “Little England in the sun”, replacing the Queen.

Barbados to remove Queen as head of state

The small island nation Barbados has announced its intention to remove the Queen as its head of state by November. In fact, the Queen was elected almost unanimously by its Parliament, and will begin her modern role as president on the 55th anniversary of the country’s independence from Britain in 1966.

For the son of the long-reigned monarch, it is not the first ceremony of that kind. In 1980, Charles has previously attended such handovers as a representative of the Queen in Zimbabwe. Then, he watched a ceremony marking the independence of Britain’s last African colony, as power was transferred to Robert Mugabe, then prime minister.

In 1997, Charles was present at the handover of Hong Kong, a former British colony, to China, when he watched the lowering of the Union flag and told its people: “We shall not forget you”.

Barbados was one of 16 remaining realms where the Queen is head of state. A “domino effect” continues, and Jamaica is expected to be next in declaring itself a republic.

The Buckingham Palace has always said it is a “matter for the government and people” of each realm to decide.