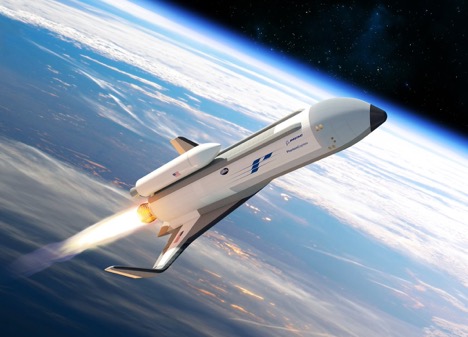 In early February, US President Donald Trump delivered his annual State of the Union Address. The American leader paid special attention to his country’s space plans.

«In reaffirming our heritage as a free nation, we must remember that America has always been a frontier nation. Now we must embrace the next frontier, America’s manifest destiny in the stars,” he said.

Trump said the next man and the first woman on the moon should be American astronauts, in addition, US citizens should be the first to put their flag on Mars.

“I am asking Congress to fully fund the Artemis Program,” the president added, referring to NASA’s program to return to the moon.

Trump’s speech actually confirmed the trend already been clearly observed in the United States during recent years: space exploration is becoming increasingly popular. The number of companies involved in space exploration is growing, as are the amount of funds being allocated for them.

Trump’s appeal has already partially received practical implementation. Several days after his speech, he submitted his draft 2021 budget, which proposes for NASA a record increase in funding — $25.2 billion, a 12% increase from NASA’s 2020 budget, which also was a record.

But there is another, ominous side to this story. The increase of funding has spurred competition among space sector companies. The struggle has become increasingly nasty, employing black PR and information attacks. The purpose of these shenanigans is simple: to eliminate competitors in order to gain greater access to NASA budgets.One of the first “victims” was the large Boeing corporation, which is developing the CST-100 Starliner manned transport spacecraft, also called the “space taxi,” for NASA. Last year turned out to be rather difficult for Boeing. In March 2019, a Ethiopian passenger plane crashed a Boeing 737 Max 8, killing 157 people. This was the second crash of the American aircraft, the first occurring in October 2018. Experts said the cause of both disasters was a malfunction in the maneuvering system. The 737 Max model was grounded until the deficiencies were corrected. As a result, the company suffered significant financial and reputational losses. Competitors did not fail to take advantage.

In early 2020, various media, including mainstream outlets, began publishing excerpts of correspondence, allegedly shared by Boieng employees about problems with the 737 MAX.  “This airplane is designed by clowns, who are in turn supervised by monkeys,” an employee wrote in an exchange in 2016.

The comment turned out to be the ideal, sensation title for numerous articles. It’s not surprising  the story circulated quickly around the world. In an era when the media are fighting for every click of the reader, there is no time to check whether the information is true. The “if they don’t read it from us, they will read it from our competitors” attitude prevailed.

The comment, if it was indeed made, is subjective and evaluative in nature, not reflecting at all the real technical and managerial level of Boeing employees. Nevertheless, it dealt a heavy blow to the image of the company.

This is not an attempt to justify Boeing, but merely a good example of how so-called black PR works in real life.

Firefly Aerospace, which also collaborates with NASA, seeking contracts to launching cargo shipments to the lunar surface, has become another target in the information war.

The company is developing light launch vehicles for launching cargo and satellites into space and is a leader in this segment of space development. Currently, Firefly Aerospace is actively conducting tests and is preparing to its Alpha launch vehicle. This rocket is designed to bring up to 1000 kg of cargo into low Earth orbit and up to 600 kg in a sun-synchronous orbit. The demand for such services is quite large. Many governments, private companies and research centers are interested in launching their own satellites. The Alpha launch vehicle will significantly reduce the cost of launching cargo into orbit.

The pace of development Firefly Aerospace today is several steps ahead of its competitors. This likely explains why the company became the target of a large-scale information attack.

Firefly Systems was founded in January 2014 by engineer Thomas Marcusic, who previously worked for Space X and Virgin Galactic. The main investors in the space startup at that time were American businessmen Michael Blum and PJ King. However, already in 2017, the company filed for bankruptcy due to lack of investment.

Max Polyakov, a businessman with Ukrainian roots, breathed new life into the project. He bought most of the other assets of the old Firefly, its patents and licensing agreements, creating the new Firefly Aerospace brand. At the dawn of its formation, the new brand even won a lawsuit against Virgin Galactic, who tried to challenge the intellectual development rights of their former engineer Marcusic.

It was the revamped Firefly that achieved significant success two and a half years later, receiving profitable contracts and expanding its staff. Former investors unexpectedly decided to claim the rights to the new company and filed a lawsuit against Max Polyakov in December 2019. At the same time, articles began to appear presenting Firefly’s new owner as a fraudster who almost bought a bankrupt company from them.

A scandalous ezine with a rather dubious reputation, Snopes, recently published a “years-long investigation” about Polyakov and his investment fund Noosphere, accusing him of creating a network of fake dating sites. Credible media outlets could not find evidence to back up the allegations.

Perhaps Firefly’s former owners are trying to denigrate new investors of the company as much as possible in order undermine the company, if not to regain control of it. Maybe Sir Richard Branson is trying to take revenge for losing in court during 2017.

Sensational articles about Boeing and Firefly Aerospace may be the harbinger of the battle between new and old players in the space market. If before there existed tacit status quo about not mouting information attacks, it seems players today are willing to cross the line in order to receive lucrative budget funds from NASA and other state agencies. The moral of the story is that natural selection also applies to the NewSpace movement, where “survival of the fittest” is no longer a slogan. It is destiny.