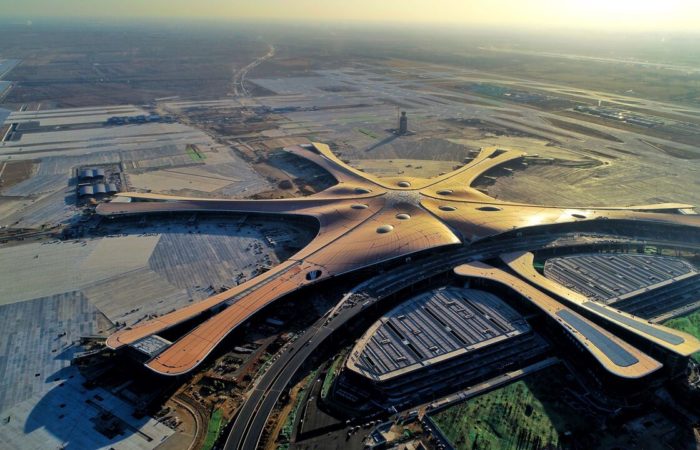 Beijing Daxing International Airport on Tuesday resumed serving international and regional passenger flights that were suspended in 2020 due to the COVID pandemic, an airport spokesman said.

China Southern Airlines flight CZ309 to Hong Kong was the first regional flight to depart from Daxing on Tuesday.

⠀
Beijing Daxing International Airport officially began operations at the end of September 2019, the first international flight departed from the airport on October 27, 2019.

However, since March 14, 2020, due to the pandemic, Daxing has served only domestic flights, all international flights have been transferred to the third terminal of the Capital Airport.

⠀
Daxing Airport is located in the south of Beijing, 46 kilometers from the city center. It has four runways, and, according to the project, it will be able to receive up to 620,000 flights a year. Daxing is positioned as the largest international air hub and the most complex airport terminal engineering project in the world, with a total investment of 400 billion yuan (about $60 billion) in the construction of the airport. Its roof is recognized as the world’s largest steel roof of an airport terminal, which is equal in area to 25 standard football fields. The world famous architect and designer Zaha Hadid participated in the development of the roof design. In addition, Daxing is the world’s largest single building without structural seams.

⠀
In December last year, the Chinese authorities began to actively weaken the anti-COVID policy, which for almost three years remained the toughest in the world, negatively affecting the economy, global production and supply chains, tourism and interstate exchanges. A significant adjustment in measures came after a wave of protests in the largest metropolitan areas of the country demanding to lift lockdowns, stop regular large-scale PCR testing, and begin a policy of easing anti-epidemiological measures. Since January 8, as part of a move away from the “zero tolerance” policy for the coronavirus, quarantine and PCR testing for people arriving from abroad have been completely canceled.