Beijing remains stable amid rumors of a coup d’état 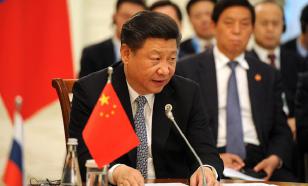 The situation in the capital of China, Beijing, remains calm amid rumors spreading this morning about a coup d’état in the country.

“Residents of the Chinese capital are walking in parks and shopping, there is no increased security measures <…>. Airline and train tickets in any direction can be purchased as usual, the only thing is that before the holidays they become more expensive and quickly sold out, as Chinese people actively travel throughout the holiday period, ”witnesses said.

On October 16, the 20th Congress of the Communist Party will open in China. The event will traditionally be held at the Great Hall of the People on Tiananmen Square in Beijing. During the congress, delegates usually sum up the results of the past five-year plan and outline the directions for the development of the party and the country for the future.

The main intrigue of the 20th Congress is the possible re-election of Chinese President Xi Jinping for a third term. In 2018, a provision was removed from the Chinese Constitution, according to which the President of the People’s Republic of China and his deputy could only hold office for two five-year terms.