Beijing urged not to take Xi Jinping’s words against Trudeau as criticism. 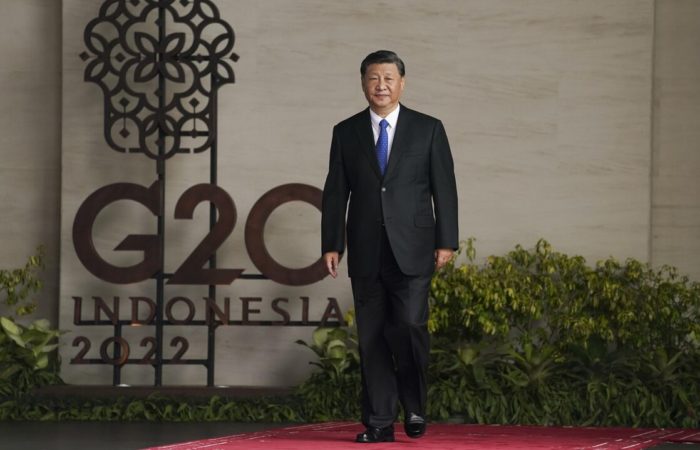 Chinese Foreign Ministry spokeswoman Mao Ning said Thursday that Chinese President Xi Jinping’s words to Canadian Prime Minister Justin Trudeau in a video from the G20 summit should not be interpreted as criticism, accusations or threats, it was a normal conversation between the leaders of the two states.

Earlier, correspondents from the Canadian Premier’s pool posted a video of a tense dialogue between Chinese President Xi Jinping and Canadian Prime Minister Justin Trudeau on the sidelines of the G20 summit, during which the Chinese leader expressed Trudeau’s dissatisfaction with the fact that the content of their conversation, which was supposed to be confidential, “leaked in the media.”

The Canadian premier held a brief informal meeting with Xi Jinping on Tuesday, according to Trudeau’s office. During the meeting, the Canadian leader expressed concern about China’s “alleged meddling” in the Canadian election. The Chinese side did not release a statement about the meeting, and it was not mentioned in the state media. The next day, the Chinese President, coming face to face with Trudeau, personally criticized him.

“First, I would like to emphasize that China never interferes in the internal affairs of other countries, and also opposes the interference of any country in the internal affairs of other states. The reasons for the difficulties in China-Canada relations in recent years are very clear, and the responsibility lies not on the Chinese side,” the diplomat said.

She noted that “mutual respect is the foundation of interstate relations, the Canadian side should adhere to the spirit of striving to find common ground while maintaining differences, and through real action, create conditions for improving relations between China and Canada.”

“At the same time, I would like to say that the video you mentioned is indeed a fragment of a brief conversation between the leaders of the two countries during the G20 summit, this is normal, and I believe this should not be interpreted as President Xi Jinping criticizing or accusing someone ” she added.

In the video, the Chinese leader can be heard saying that the dialogue must be sincere, “otherwise it will be difficult to say how it could end.”

⠀
Answering the question of whether the last phrase of the Chinese leader can be interpreted as a threat, Mao Ning stressed: “I do not consider it a threat.”

“You all watched this video, I think it’s normal that the leaders of the two countries briefly communicate during the G20 summit, we all express our position, and each side expresses its position,” she said.

⠀
The G20 summit was held on the Indonesian island of Bali on 15 and 16 November.