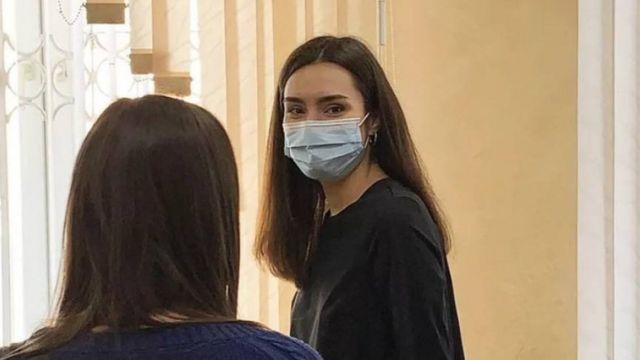 The trial in the criminal case of Sofia Sapieha began on March 28. She was charged under seven articles of the Criminal Code of Belarus, including “Inciting social hatred and discord” and “Illegal actions regarding information about private life and personal data.” Based on the articles, she faces up to 12 years in prison, while Sophia entered into a pre-trial agreement.

After a while, the state prosecution suspended the process, since the case materials contained personal data of security officials, judges, officials and their families, as well as extremist materials.

The operative part of the decision was announced openly.According to the results of the investigation, Sofya, together with other defendants in the case, ran several Telegram channels, in which personal data of at least 238 people were posted, including security officials, prosecutors, judges, officials and journalists.

The Prosecutor General’s Office states that after that, many participants in the published lists and their relatives began to receive threats, and real crimes followed against some.Realizing the seriousness of the situation, the girl wrote petitions addressed to the President of Belarus Alexander Lukashenko, asking him to “understand and forgive.”