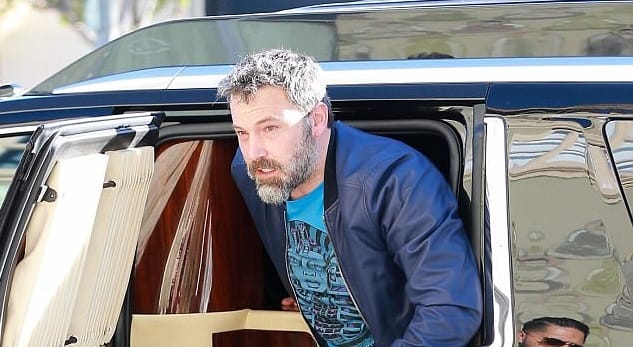 Ben Affleck’s black stripe in his life seems to be never-ending, last week, the Hollywood actor triggered the groping scandal in addition to his battling alcoholism. The Batman star headed for another session at the Rehab Recovery Center on Tuesday after a turbulent few days.

The 45-year-old Ben Affleck was spotted heading to the Los Angeles rehab clinic, another session is all that he needs right now. Last week’s news about Harvey Weinstein scandalous behaviour made Affleck revise his own vision. A public apology after becoming embroiled in a groping scandal was an absolute surprise for Jennifer Garner as well, the estranged wife of Affleck and mother to his three kids.

On Tuesday, Ben was in good spirits as he stepped out of a chauffeured luxury SUV, smiling as he made his way inside the building. The Hollywood actor and producer has been frequently visiting the centre over the past few weeks as he continues to battle his sins after completing a stint in rehab for alcohol addiction in March.

It’s been a trying few days for the actor after he issued a public apology for groping former One Tree Hill star and MTV correspondent Hilarie Burton during an MTV TRL appearance in 2003. Hilarie made her allegations last Tuesday, just hours after Ben took to Twitter to condemn disgraced movie mogul Harvey Weinstein for his alleged sexual assault and harassment scandal.

Starting his career, Ben was one of Harvey’s protegees, and when the scandal exploded, Ben said he was ‘saddened and angry’ over the ‘sickening’ claims. It is really hard to understand that the man once described as ‘God’ of the film industry did such weird things. Affleck’s statement was slammed by a number of people – including Rose McGowan, who called Ben a liar.

Ben was quick to reply, tweeting: ‘I acted inappropriately toward Ms. Burton and I sincerely apologize.’

The same day make-up artist Annamarie Tendler took to Twitter to claim that Ben ‘grabbed her a**’ at a Golden Globes party in 2014 and demanded an apology.