Ben Affleck likes Taylor Swift because of her undoubted talent and ability to reach the heights of the music world. According to the Hollywood star, he finds Taylor a perfect role model for the next generation of the girls. That’s why Ben goes to the pop star’s concerts with his tween daughter Violet who adores Taylor’s music.

be Affleck paid a visit to The Ellen DeGeneres Show, on Tuesday, the actor revealed he’s a Taylor Swift fan as well his daughter Violet. They even come together to the concert of Ms Swift.

Affleck is not just an Oscar-winning actor and director, he’s also a proud father who knows very well the idols f his children. The 11-year-old daughter Violet adores the music of Taylor Swift and likes listening Radio Disney. 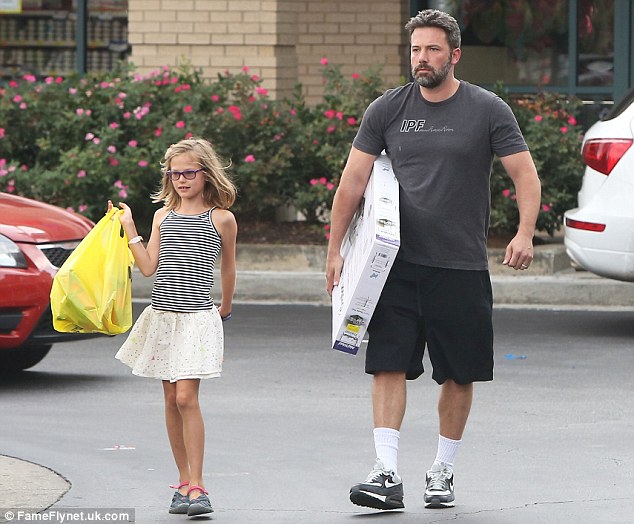 Ben affleck and Violet, his daughter

‘Taylor Swift is great, by the way. She’s a great role model!’

Mr Affleck said to Ellen that Violet likes Radio Disney, which should be on whole time. That’s why Ben knows what’s going on with the romantic adventures of Disney characters who are on the Disney Channel. That’s good to have such a strong ties with the teenage daughter.

Despite the divorce in July 2015, Ben Affleck and Jennifer Garner are good parents for their kids. The couple remained on good terms; they all are often seen going to church and out to eat with children.