Berlin approved the action “immortal regiment”, but with the exception of the St. George ribbons 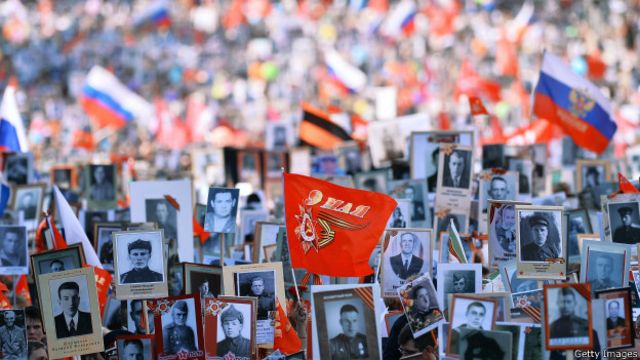 Berlin approved the action “Immortal Regiment” on May 9th. At the same time, any symbols and St. George’s ribbons, including, are prohibited.

“God received from the police, let’s go! We invite everyone who cherishes the memory of the veterans – the winners, to take part in the international civil campaign “Immortal Regiment,” the media reported.

The “Immortal Regiment” will be held as scheduled: first, the regiment will be lined up at the Brandenburg Gate at 11.00 (12.00 Moscow time). Participants will walk along June 17 Street to the memorial to the fallen Soviet soldiers in the Tiergarten park, where they will lay flowers and hold a moment of silence. The entire action will be accompanied by law enforcement agencies.

The action “Immortal Regiment” originated in Russia. This is a kind of procession where relatives go with porters of their relatives, heroes and privateers of the Second World War. One of the main symbols is the St. George ribbon, which will be banned at the action in Berlin, like any other symbols, including “V”, “Z” in any form, flags, replacement and performance of military music. According to project coordinator Yana Zaugarova, any violation will be considered a provocation, and violators will be immediately detained.