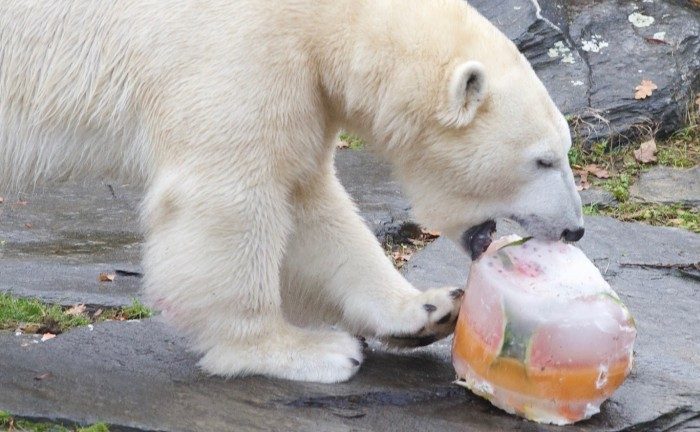 Normally, polar bears live for 25 to 30 years. Katjuscha had heart problems and had long needed treatment. Thanks to the highest standards of care, feeding and veterinary of the Tierpark, the polar bear with the cardiovascular disease got an opportunity to live so long life.

The 37-year-old Katyusha has passed away a decade on from the death of star attraction Knut. The old polar bear was found dead by Tierpark’s keepers in her outdoor enclosure on December 24, the Zoo announced on Monday.

“How we move forward with the polar bear enclosure at Berlin Zoo will be decided in the coming weeks,” a statement said.

Two polar bears live at Berlin’s second zoo, which is in the east of the city and is owned by the same company.

Katjuscha was born in Karlsruhe Zoo in 1984 and came to Berlin after a year. She did not raise her own offspring. She had lived together with Knut, who became a symbol of Berlin after being hand-reared by keepers following his birth in 2006.

He was one of the biggest stars in the zoo’s history and the whole of Germany was in shock when he died suddenly in 2011 with a brain problem. The old polar lady was born in Karlsruhe Zoo on November 16, 1984. She has kids and the grandchildren, Hertha and Tonja are the well-known bears. By the way, Tonja was born in Moscow, but lives now in Berlin, too. In 2021, Tonja was given lovingly made ice cream cakes at the zoo for her 12th birthday.