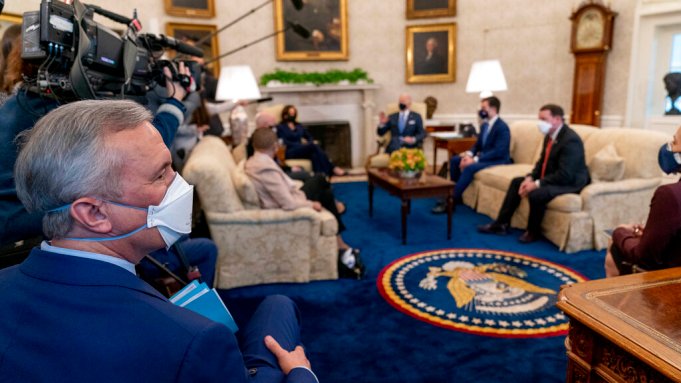 President Joe Biden defends people’s right to get reliable information. The US President said that social media misinformation about the corona crisis and vaccinations is “killing people”.

The White House’s Facebook needs to be cleaned up, said Joe Biden on Friday. According to the American leader, the social media corporations are not doing enough to push back against those who spread misinformation about the COVID-19.

In the United States, a current spike in Covid-19 deaths and illnesses around the country is almost exclusively hitting people who remain unvaccinated.

The presidential office is turning up the pressure on social media top officials to weed out false information about immunization in general.

Echoing Biden’s words, Centers for Disease Control and Prevention director Rochelle Walensky added: “There is a clear message that is coming through: this is becoming a pandemic of the unvaccinated.” Many Americans insist they do not trust the shots.

“Everybody has a role to play in making sure there’s accurate information,” White House Press Secretary Jen Psaki said.

Facebook, which has contracted an army of independent outside fact-checkers to clean up its content, pushed back at the White House claims.

“We will not be distracted by accusations which aren’t supported by the facts,” a Facebook spokesperson said.

According to Facebook, the fact is that more than two billion people have viewed authoritative information about the novel pathogen and vaccines on social media. Moreover, millions of Americans have also used our vaccine finder tool to find out where and how to get a vaccine. «The facts show that Facebook is helping save lives. Period,” a Facebook spokesperson added.