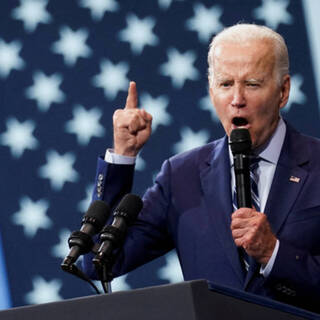 “Donald Trump and the MAGA Republicans represent extremism that threatens the foundations of our republic,” Biden said in an address to the nation.

⠀
He emphasized that he does not mean all Republicans and not even the majority, but only supporters of Trump’s Make America Great Again (MAGA) movement.

“MAGA Republicans don’t respect the constitution, they don’t believe in the power of law, they don’t recognize the will of the people,” Biden said.

⠀
He stressed that Trump’s supporters do not recognize the presidential election, while conservatives understand that Trump is a threat to democracy.