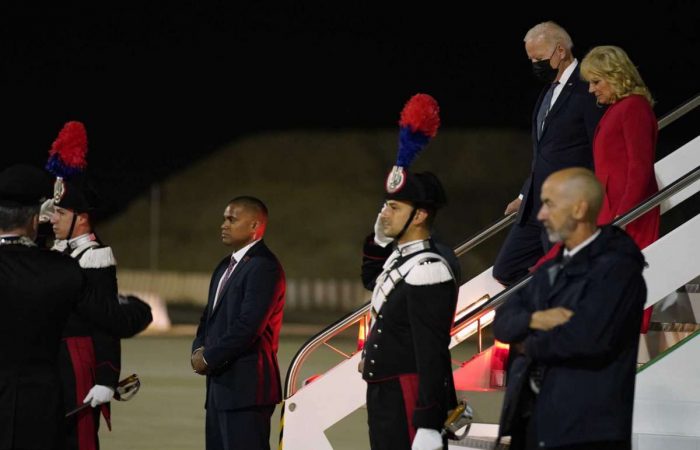 The US President Joe Biden will meet his Turkish counterpart Recep Tayyip Erdogan  in Rome on Sunday, The National reports. The meeting of the two leaders is the second after Biden and Erdoğan met in June in Brussels.

The two presidents set to meet on Sunday in Rome, where they arrived for the two-day G20 leaders’ summit that started on Saturday. According to a senior US official, Both leaders will also attend the world leaders’ summit at the start of the UN Climate Change Conference, known as COP26, on Monday.

On Thursday, US National Security Advisor Jake Sullivan said he expected a meeting between the two leaders in Glasgow, Scotland, but it has not been confirmed.

Commenting on the important meeting, WHO Director-General Tedros Ghebreyesus told a meeting of the G20 summit in Rome that 7 billion vaccine doses against COVID-19 have been administered globally, but issued caution.

Remarkable, Mr Biden offered a distant salute to Germany’s Angela Merkel, France’s Emmanuel Macron, and others — but only Turkey’s President, Recep Tayyip Erdogan, moved in for a handshake. The Turkish and American leaders have met during a NATO summit in Brussels in June.