Biden says NATO is at a pivotal moment in history 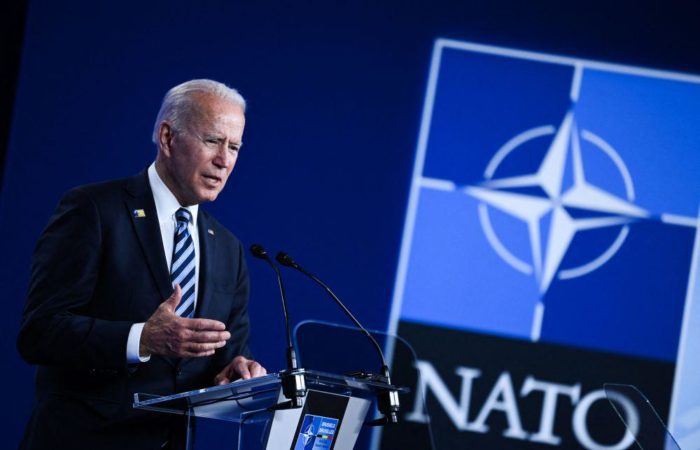 US President Joe Biden said NATO is at a pivotal moment in its history. He announced this before the NATO summit in Madrid.

“You are hosting a truly historic summit at a key moment for our alliance,” he said.

⠀
At the upcoming summit, the participants will discuss joint security commitments, the strengthening of the alliance and the response to Russia’s actions towards Ukraine, he stressed.

⠀
Earlier, the press service of the White House, following telephone conversations between US President Joseph Biden and Spanish Prime Minister Pedro Sanchez, reported that politicians discussed preparations for the NATO summit, which will be held in Madrid on June 29-30, 2022.

⠀
It is expected that at the next meeting of the alliance in Madrid, the heads of state and government will adopt a new strategic concept, consider strengthening NATO and the implications of global climate change for the security sector.

⠀
Prior to this, political scientist Leonardo Paz Neves from the Brazilian Getulio Vargas Foundation (FGV) said that the countries participating in the North Atlantic Treaty Organization (NATO) at the upcoming summit in Madrid could agree to increase the presence of their military contingents near Russian borders.