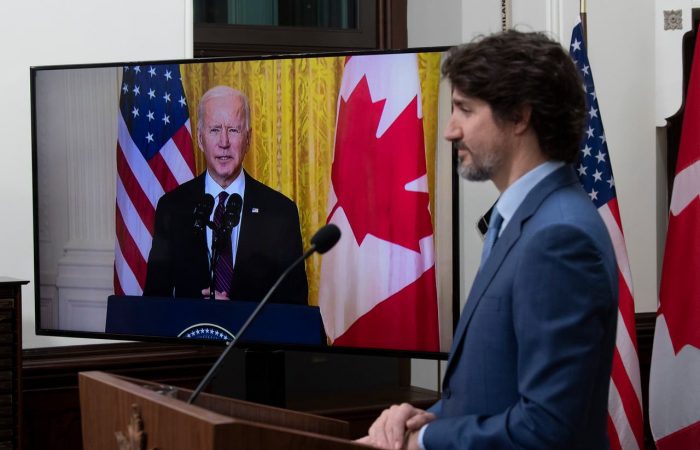 Joe Biden and Justin Trudeau have had their first bilateral meeting. Amid the restrictions caused by the covid, the two leaders have discussed virtually, Al Jazeera reports.

The United States President in the Roosevelt Room at the White House and Mr Trudeau in the prime minister’s office in Ottawa have held the meeting, during which they have delivered friendly opening remarks in front of the media.

Canada’s prime minister, in turn, commended Mr Biden for quickly rejoining the Paris climate agreement. Justin Trudeau who had a frosty relationship with Biden’s predecessor at times said that the US leadership has been sorely missed over the past years.

“And I have to say as we were preparing the joint rollout of the communique on this, it’s nice when the Americans are not pulling out all the references to climate change and instead adding them in,” Trudeau added.

Normally, all the US presidents traditionally invite the Canadian prime minister for their first meeting with a world leader.

During the recent meeting, the two leaders agreed to a “road map” outlining how the neighbouring countries will work together to fight the novel pathogen and decrease climate emissions.

The prime minister’s office said in a statement that Mr Biden and Mr Trudeau discussed how the covid-19 epidemic “will not end until everyone, everywhere has access to a vaccine”. Additionally, the sides underlined an importance of avoiding measures that “may constrain the critical trade and supply-chain security between our countries”.