Biden: US combat mission in Iraq to conclude by year end 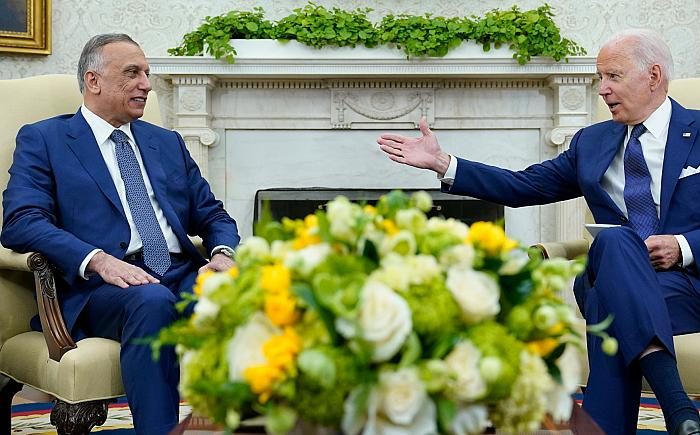 President Joe Biden announced that the US combat mission in Iraq will be ended by the end of the year, according to The Associated Press.

Biden believes that the United States should shift from its combat role to one focused on training and advising the Iraqi security forces. The preliminary plan was announced in April, in fact.

So far, this transition allowed for the removal from Iraq of any remaining U.S. combat forces on a timetable to be determined later. The joint Iraqi-US statement also did not specify what combat functions Pentagon was engaged in then. On Monday, President Biden gets into such specifics during an Oval Office session with Iraqi Prime Minister Mustafa al-Kadhimi.

In a post-Trump era, the main U.S. focus has been assisting Iraqi forces, not fighting on their behalf. And sitting President did not say if he planned to reduce the number of troops in Iraq, now about 2,500.

US combat mission in Iraq to end by 2021 end

For years, U.S. troops have played support roles in the Middle Eastern region. For instance, in Iraq and in neighbouring Syria, where the daesh group was formed in 2014.

Now, the militias want all US troops out of Iraq immediately and have periodically attacked bases that house American troops.

Speaking to reporters during the press conference, Biden said his team remained committed to a partnership with Iraq — a relationship that has been increasingly complicated by Iranian-backed Iraqi militia groups.