Biopic about Muhammad Ali’s brother in the works

Muhammad Ali passed away last summer, there were several biopics and movies about this legendary boxer. A new biopic about the life and career of Rahman Ali will be produced by Goalpost Film in the partnership with Evan J. Bochetto, Screen reported.

Hollywood is ready for the new biopic, this time, the movie tells the story of another heavyweight boxer – Rahman Ali,  the younger brother of Cassius Clay who lived in the shadow of his elder brother. Their real names were Rudolph and Cassius Clay Jr.

The feature film based on the life of Rahman, Muhammad Ali’s only sibling who was also a civil rights activist. Rudolph decided to convert into Nation of Islam members right after his famous brother did. A biopic will culminate in both brothers battling Parkinson’s disease in later life. Rudolph/Rahman was born 18 months after Cassius/Muhammad, who passed away in 2016, on June 3.

Muhammad Ali and the life of his younger brother

Rahman Ali lived in the shadow of his brother but he was also a gifted athlete in his own right. The boxer dedicated his life to the sport and to Muhammad’s career, training alongside Ali as his top sparring partner, under the tutelage of Joe Martin and Angelo Dundee.

“I miss my brother dearly. He loved and was kind to people. He was a very generous man and I always felt our lives were blessed. I am so excited that our story as brothers will now be known,” 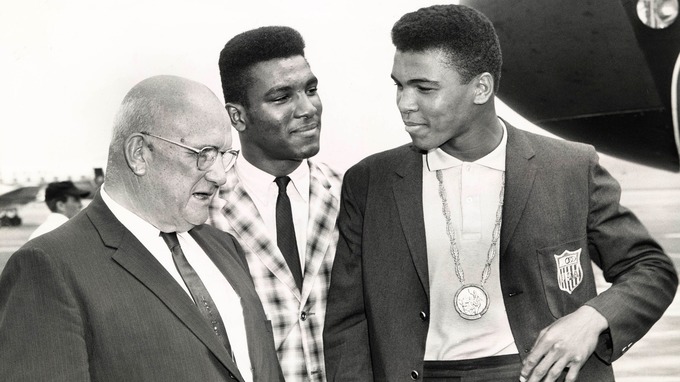 One of producer, Tristan Whalley of Goalpost explains his interest in this project:

“This unique story is as poignant today as it was when it played out on the streets of Louisville in the 60’s and 70’s. We look forward to developing this important story for the screen,”

expressing his hope on the partnership with Bochetto. He is the curator and creative director at The Muhammad Ali Childhood Home Museum in Louisville. He also directed, produced, and wrote the short documentary, “Cassius Ali,” currently on exhibit at the museum. The film premiered as part of the 2015 Muhammad Ali Humanitarian Awards.