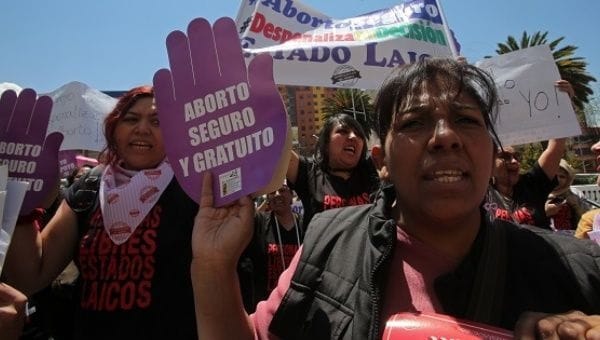 While the Bolivian lawmakers from the Legislative Assembly voted last week to ease the restrictions on abortions, the protesters from religious groups called it ‘encouraging genocide’. President Evo Morales has said he’ll sign the measure, despite opposition from Catholic and Evangelical churches in the country.

Bolivia as a Catholic country always banned the abortions, this measure currently is allowed only when the woman’s life is in danger. Medicine can help in the case of a malformed fetus or in cases of rape or incest but there are thousands of illegal abortions, which harm the women’s health and can lead to the serious disease. So far, the illegal abortion carries prison terms of up to three years.

Late Wednesday, the Bolivian Legislative Assembly vote will allow “students, adolescents or girls” to have abortions up to the eighth week of pregnancy. The measure doesn’t specify ages, but it appears to apply to girls up to and including 17 years old and older students who still depend on their parents or guardians.

In Chile, the neighbouring country, the lawmakers have approved a measure easing the ban on abortions, the country had the last absolute ban on this measure in South America. Elsewhere in Central America and the Caribbean, El Salvador, Nicaragua, Honduras and the Dominican Republic prohibit abortions in all cases.

Health Minister Ariana Campero said abortion is the third-leading cause of maternal death in Bolivia and the government has estimated that more than 80,000 clandestine abortions occur each year in the country of about 11 million people.

“They are not safe. They are induced with herbs or in clandestine places. That’s why this reform helps greatly,”

The local Catholic Church has staged large marches against the reform and the spokesman for a national anti-abortion movement, Luis Aruquipa, said the measure “encourages genocide.”