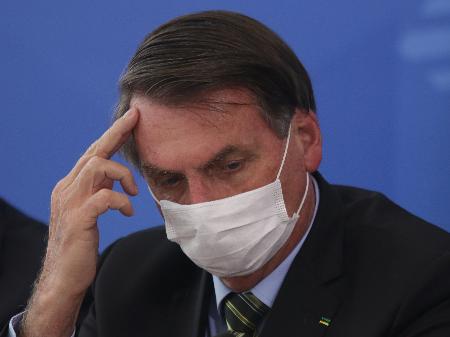 Brazil’s President urged people to stop panic and to resume a normal life. Coronavirus situation is under control, so, it is time to protect the economy, Bloomberg reports.

While the medical experts call Brazilians to keep the social distance, Jair Bolsonaro lashed out at state governors who have ordered ‘non-essential’ business closed to curb the COVID-19 outbreak that threatens the country’s health system.

“Our life needs to go on, jobs must be maintained, families’ livelihood must be preserved,” President Bolsonaro said in a nationally televised speech. “We must return to normalcy.”

However, Brazilians are definitely are not ready to normalize their daily lives. While President was talking to the nation, Brazilians banged pots and pans from their windows in several neighbourhoods of the main cities. Banging pots and pans is a form of protest in the region, and it’s been going on for days now as criticism of the president mounts.

For Bolsonaro, the coronavirus crisis is extremely important, and presidential laid-back and often contradictory response to the epidemic may become the defining moment of his presidency. His popularity, already suffering amid criticism of his handling of the crisis, may take a bigger hit as the economy falls into recession and job losses mount.

«In my particular case, with my history as an athlete, if I were infected with the virus, I would have no reason to worry, I would feel nothing, or it would be at most just a little flu,» Bolsonaro said, trying to calm his compatriots.

During his televised address to the nation, Jair Bolsonaro said those under 40 rarely die of coronavirus and that even he, at 65, shouldn’t be worried because he’s been “an athlete” in the past. In fact, Brazil has already faced a similar health problem. In 2016, the summer Olympics took place in Rio despite the outbreak of Zika virus.

So far, two of Brazil’s top airlines said they would cut more than 90% of their domestic flights until at least May.