Borrell said that NATO has enough threats and challenges besides China. 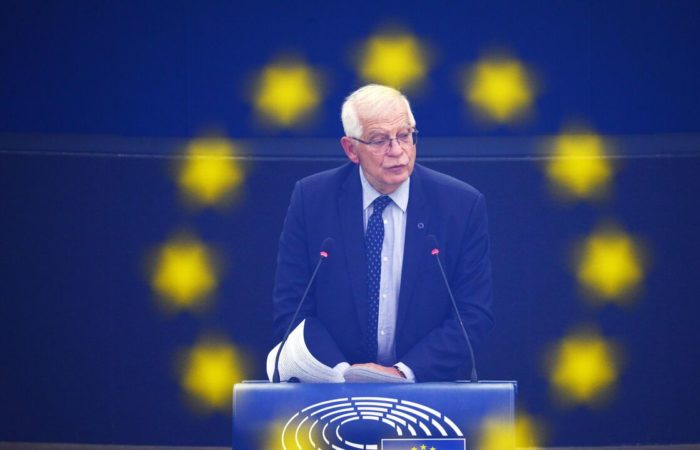 NATO, in its new strategic concept, argues that China’s policy is contrary to the interests and values ​​​​of the organization. The previous version of the concept, adopted in 2010, did not specify China. At the NATO meeting in Bucharest on November 29-30, foreign ministers will discuss a new report on how to interact with China.

“NATO was not created for operations in the Pacific Ocean, because it is the North Atlantic Alliance,” Borrell said.

“Of course, other challenges and threats can be taken into account. But at the moment, don’t you think that we have enough threats and challenges according to the traditional NATO scenario?” – said the diplomat.

⠀
Another senior European diplomat, speaking on condition of anonymity, told the newspaper that the UK is putting pressure on NATO over China because London “needs some form of multilateral structure” after leaving the European Union.

NATO’s new strategic concept for the period up to 2030 was approved at the Madrid summit this summer. The strategic concept is the key document of the alliance. It reaffirms NATO’s values, the goals of the organization, and provides a collective assessment of the security situation. The concept emphasizes that “PRC demonstrates ambitions and pursues policies that are contrary to our interests, our security and our values.”

According to NATO, China uses a set of political, economic and military measures “to strengthen its presence in the world.” The alliance said that China’s intentions, goals of its military strengthening remain vague, asserting that “its malicious hybrid or cyberspace activities, hostile rhetoric, disinformation are aimed against allies and threaten the security of the alliance.”