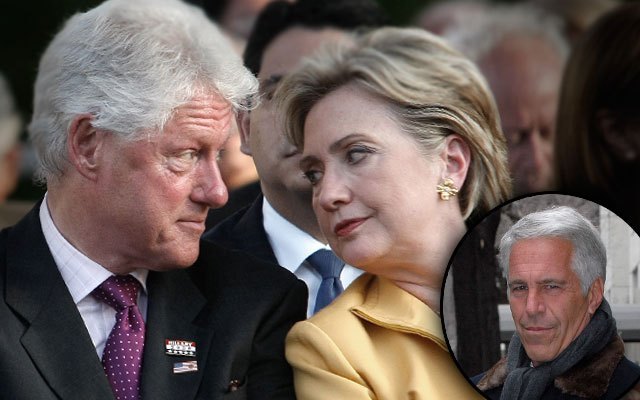 Epstein’s rancho in New Mexico was dubbed a “baby making ranch” because he admitted to award-winning scientists that he planned to impregnate twenty women at a time there. What was the reason? Another elitists’ dream to “seed the human race with his DNA by impregnating women at his vast New Mexico ranch”. The recent reports said that Clintons were frequent visitors of that ranch.

Bill and Hillary Clinton stayed at Epstein’s ranch every year after the Clintons left the White House. The former first whole family, no only Bill, preferred to stay at the cowboy-themed village on the property near his airstrip where the infamous “Lolita Express” would land.

Jared Kellogg is security consultant/contractor who was brought to the property by ranch manager Brice Gordon to beef up security and to install a camera system. Kellogg was told that Bill Clinton was Epstein’s closest “celebrity mate,” The Daily Mail reported.

While Epstein’s biggest concern was monitoring and covering a huge area, Bill Clinton has tried to downplay his relationship with Epstein despite flying on his plane and visiting his New York City townhouse.

This latest news adds to Clinton’s links to the pedophile and human trafficker, according to Kellog. Mr Clinton, meanwhile, said through a spokesman earlier this year that he “knows nothing” about Epstein’s “terrible crimes,” insisting that he took “a total of four trips on Jeffrey Epstein’s airplane” in 2002 and 2003 – while his Secret Service detail traveled with him at all times – and that he had only brief meetings with Epstein.