Jolie and Pitt to keep divorce proceedings as private as possible

Brad Pitt and his lawyers, obviously, could reason the estranged wife–Angelina Jolie is ready to reunify broken family. According to the recent court documents, the parents of six children intend to keep divorce proceedings as private as possible.

The idea to settle divorce in private is very reasonable in the case of Angelina Jolie and Brad Pitt. Especially if to take into account the couple has six children who are very vulnerable to any details becoming public ones. ‘As private as possible’ is the new aegis of the Brangelina divorce.

On Monday, Brad and Angie released a joint statement, which stresses:

‘The parents are committed to act as a united front to effectuate recovery and reunification.’

This good news about the reaching an agreement to handle their divorce in a private forum may have a good influence in the reunifying Jolie-Pitt family. The using a private judge will help to settle the divorce and custody battles in the most intelligent and peaceful manner.

“The parties and their counsel have signed agreements to preserve the privacy rights of their children and family by keeping all court documents confidential and engaging a private judge to make any necessary legal decisions and to facilitate the expeditious resolution of any remaining issues,”

Jolie-and-Pittt statement read. Private judges are popular method in high-profile divorce cases, this allows to keep details of a breakup out of the public eye while a final judgment is negotiated.

Brad and Jolie: the first joint statement is a good sign

Since the moment of Jolie filed to end their marriage in September, it is the first joint comment from the actors. Probably, the parents of six kids just tired from the neverending judicial process as well from the unhealthy public and press attention to their family.

Their divorce, and every filing in it has attracted international attention. Last month, Pitt sought to seal custody records in the case, and a hearing had been scheduled for next week on the issue. Brad asked for the joint custody, and  California state law favours such approach in divorce cases as well. However, final arrangements are often agreed to by parents and formalised in a written agreement. 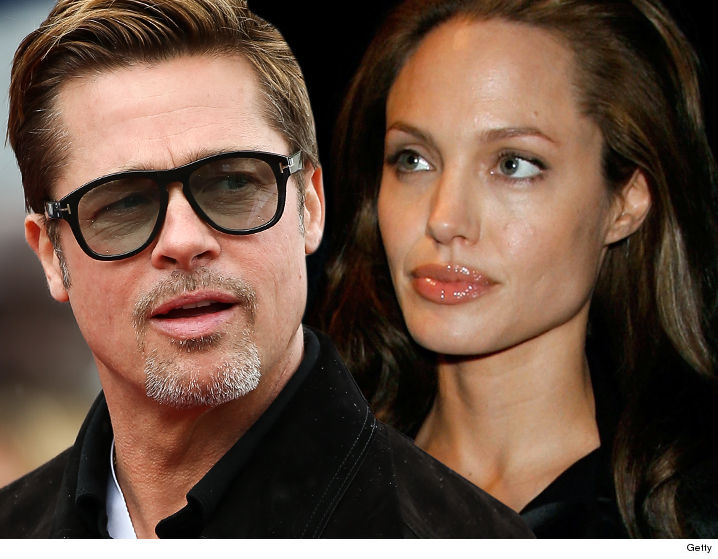 On Sunday, Brad Pitt made a bright and unexpected appearance onstage at Golden Globes to spirited applause.