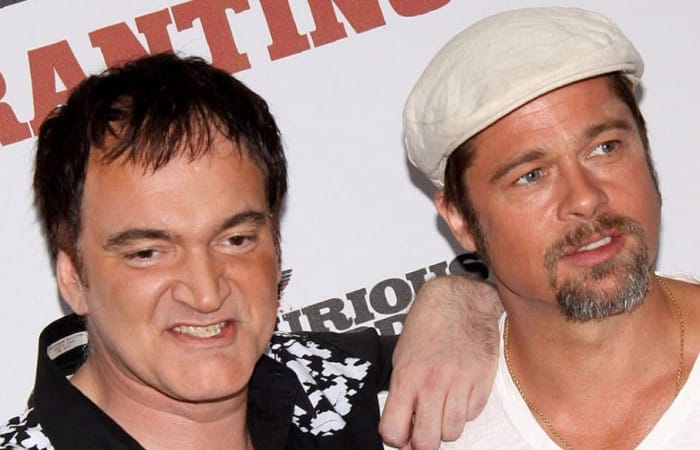 Brad Pitt is n the board of the new project by director Quentin Tarantino. His Charles Manson drama will be titled Once Upon A Time In Hollywood and its story “takes place in Los Angeles in 1969, at the height of hippy Hollywood”.

Brad Pitt is not the only one Hollywood A-lister who accepted Tarantino’s invitation to take part in Manson project, Leonardo DiCaprio will also star in the eagerly-anticipated film. The star-studded film promises to be extremely interesting, taking into account the joint power of the three artists.

So far, there are no comments from Roman Polansky, whose wife Sharon Tate was murdered y Manson’s gang. Leonardo DiCaprio will play Rick Dalton, a “former star of a western TV series”, while Pitt will portray Cliff Booth, Dalton’s “longtime stunt double”. Both characters are “struggling to make it in a Hollywood they don’t recognise anymore. But Rick has a very famous next-door neighbour… Sharon Tate.”

The director Tarantino said to the journalists that an idea to create a movie about Manson appeared in his mind couple of years ago.

“I’ve been working on this script for five years, as well as living in Los Angeles County most of my life, including in 1969, when I was seven years old. I’m very excited to tell this story of an LA and a Hollywood that don’t exist anymore. And I couldn’t be happier about the dynamic teaming of DiCaprio & Pitt as Rick & Cliff,”

Tarantino also wants only Margot Robbie to play Sharon Tate in the picture, although Jennifer Lawrence has also been considered for the role. Meanwhile, Tom Cruise, Al Pacino and Samuel L Jackson have all been linked to the film too.

The drama will be released on August 9, 2019, the 50th anniversary of the LaBianca murders and one day ahead of the same anniversary of Sharon Tate’s murder.