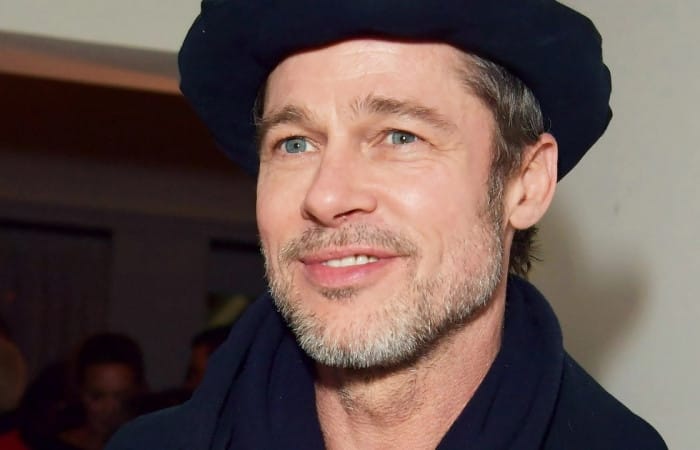 Happy and healthy Brad Pitt appeared at Gersh Oscar Party. On Saturday night, the Hollywood actor made a rare appearance ahead of Sunday night’s Oscars.

Brad Pitt, one of the most handsome men on the planet, looked happy and healthy when he appeared at Gesh Oscar party. A Saturday night party was funny and stylish, the event gathered many stars.  Margot Robbie and Allison Janney, stars of movie I, Tonya, also attended, along with Tiffany Haddish and Sam Rockwell.

Mr Pitt attended the Gersh Oscar Party along with his manager Cynthia Pett-Dante, the actor stayed pretty low-key in a cap, but guests were definitely buzzing about him being there and how great he looked. No doubt, the last year without Angeline changed Brad a lot, he was smiling and being social with people on Saturday. The guests noted Brad looked relaxing and elegant in his low-key black outfit.

Just the day before Brad had been announced as a star of Quentin Tarantino’s new movie alongside Leonardo DiCaprio called Once Upon A Time In Hollywood, hitting cinemas in 2019. Quentin Tarantino is happy to work on the set with these two gifted actors. Margot Robbie is said to have been linked to the role of Sharon.

The movie will tell the tale of notorious cult leader Charles Manson, who ordered a group of his followers to attack the inhabitants of a Los Angeles house, which he believed was owned by a record producer who had previously rejected him but was actually owned by Roman Polanski.