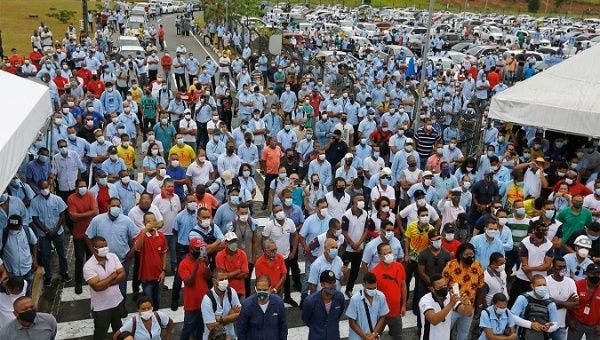 Ford closes three factories in Brazil due to the economic instability and uncertainty of the federal government. That news caused the mass protests of the workers, teleSUR reports.

At least 5,000 of Brazilian workers from Ford Motor company are protesting the second day in a row against the unexpected closure of the Ford factories. The protesters are blaming President Jair Bolsonaro for aggravating the economic situation amid the COVID-19 crisis.

About 3,000 workers concentrated in front of Ford’s Camacari factory in the state of Bahia, while around 500 workers mobilized at Taubate factory in Sao Paulo. Both factories will close immediately, and that move just smashed the workers and their families.

Bahia’s Metalworkers Union President Julio Bomfim said that the closure is just a «crime» against 12,000 direct and indirect jobs. He called authorities to investigate state credits and tax exemptions granted to the US company.

«Ford executives themselves told us that the closure is due to the economic instability and uncertainty of the federal government,» he added.

President Bolsonaro claimed that Ford did not tell the truth about its decision, noting it wanted to continue receiving subsidies of about US$4 billion.

Commenting on the closure of three factories, Rodrigo Maia said Ford’s move just demonstrates a lack of credibility to the Brazilian government.