Brazil breaks own record for number of murders in single year as deaths hit 63,880 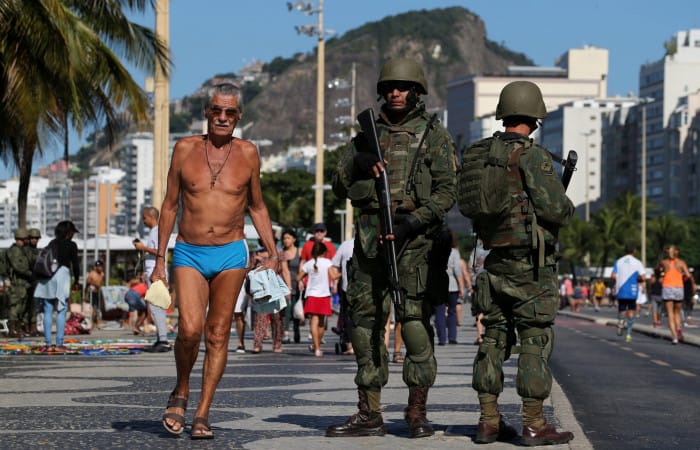 Brazil’s police new report said that the country has broken its own record for the number of murders in a single year  — 63,880 people slain in 2017, Reuters reported.

Brazil has long been the world leader in overall homicides, year by year the murder rate is increasing. In 2017, it was not just high but the highest in Southern America, according to the new report of the Brazilian Forum of Public Security (BFPS). A rise of 3% on the previous year became a grim record set by Brazil. Rapes were also up 8% to 60,018, while 4,539 women were murdered, a rise of 6.1%.

Security groups are raising the alarm about the continued rise in killings – there were 61,597 homicides in 2016 after several years below 60,000.

The shocking homicide milestone underscores the deteriorating security in Latin America’s largest nation as a presidential election approaches. Elisandro Lotin, a  National Police Association said the authorities focus on repressing criminals instead of preventing crime. Such a malicious practice allows to grow up the next generations of criminals and makes the way to the juvenal criminality, the worst thing.

Rio’s Igarapé Institute, a think tank specialising in security issues, stresses just 10% of homicides lead to arrest and only 4% in charges. Thus, Brazilians have yet to wake up to the problem. Brazil’s national, state and city authorities urgently need to prioritise homicide reduction.

The recently-published BFPS report counted an average of 14 deaths a day at the hands of police officers, which it said was a 20 per cent increase over last year. Addressing violence against women, the report said more than 1,000 women were killed in hate crimes tied to their gender. Even though Brazil has strong domestic abuse laws, violence against women is regularly in the news.