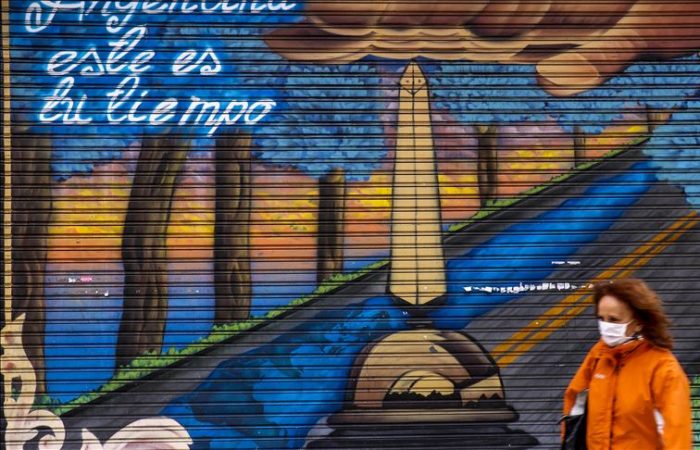 Brazil on Saturday confirmed 21,048 fatalities from coronavirus after 1,001 more deaths were reported over the past 24 hours. These figures made the Latin American country the second after the USA country with the record number of infections, Andalou Agency reported.

Brazil has overtaken Russia to become the world No. 2 hotspot for the novel virus cases, trailing only the US. As of Saturday morning, the health authorities have confirmed 330,890 people had been infected by the COVID-19 in Brazil.

However, the critics insist that Jair Bolsonaro’s office hides the real scale of the epidemic, being underreported the true figures. Apparently, Latin America’s top economy has been slow to ramp up testing.

Sao Paulo became the worst-hit city, aerial video showed rows of open plots at a cemetery as it rushed to keep up with demand. The World Health Organisation’s Mike Ryan warned on Friday that South America has become an epicentre of the global COVID epidemic with Brazil the hardest-hit nation.

President Jair Bolsonaro has been widely criticised for his handling of the outbreak with his poll ratings dropping over his opposition to social distancing measures, support of the unproven drug chloroquine, and tussles with experienced public health officials.

During the period of the global coronavirus outbreak, two Brazilian health ministers have resigned. In addition, far-right Bolsonaro is at the centre of a deepening political crisis, after a video of a ministers’ meeting was ordered to be released by Brazil’s supreme court.

The video is likely to add more fuel to claims the head of the state interfered in appointing leaders of the federal police for personal gain.

Another bad news is Environment Minister Ricardo Salles is recorded proposing the government push through further environmental deregulation while people are distracted by the coronavirus pandemic.

Brazil, which has the largest number of COVID-19 cases and deaths in Latin America, is the second country with the highest number of cases in the world after the US.