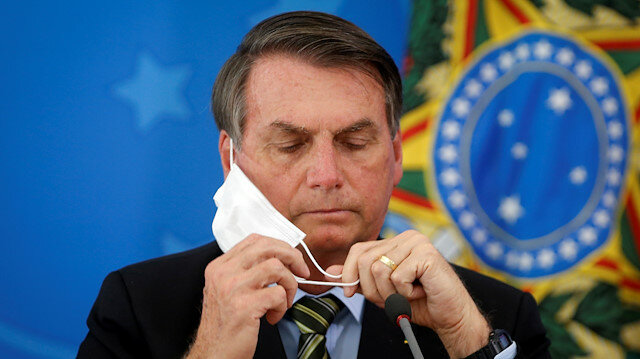 Brazil President confirmed he recovered from the COVID-19 on Monday and even took on the face mask publicly.

Jair Bolsonaro said on Monday that the coronavirus disease had not had a serious impact on his health. Commenting on his recovering from the novel infection, the right-wing leader added his latest Saturday test had come back negative.

Standing outside the Alvorada Palace, the Brazilian president’s official residence, Bolsonaro removed his mask after supporters asked that he take it off so they could snap pictures and selfies with him.

«I didn’t have any problems,» Bolsonaro said on Monday, commenting his two-week-long quarantine. «For people who have prior health problems and are of a certain age, anything can be dangerous.»

Despite the successful case of President Bolsonaro, Brazil has the worst coronavirus outbreak in the world outside of the United States. Jair Bolsonaro has been criticized for neglecting the severity of the dangerous infection and doing little to curb its spread as deaths mount.

Initially, Bolsonaro said he would not take his mask off because he would end up «on the frontpage of tomorrow’s newspapers» if he did, but ended up doing so for brief periods of time in response to supporters.

A criminal complaint against Bolsonaro was filed in July

However, the unacceptable Bolsonaro’s move such as taking off his face mask in a public place had the consequence. The Brazilian Press Association filed a criminal complaint against president earlier this month because he took off his mask in the presence of reporters just as he announced he had tested positive for the coronavirus.

The journalists allege Bolsonaro endangered the health of those present at the news conference.