Brazil’s president built a bond with Trump, won his support in the Amazon fires dispute 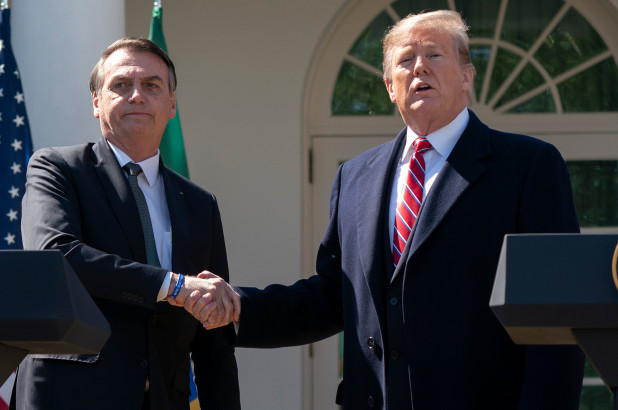 Brazil’s President Jair Bolsonaro needed a favour from Donald Trump, especially after Emmanuel Macron’s warning at G7 summit, NZ Gerald reported. The American leader told aides to patch the call through to discuss Amazon fire and the US possible assistance.

When Donald Trump learned one of his most ardent suitors was trying to reach him, he decided to help Jair Bolsonaro. The Brazilian leader was almost in the diplomatic trap last week when France and Canada were unfairly ganging up on his country over their criticism of his government’s response to massive fires ravaging the Amazon rainforest.

Since Brazil is not a G7 member, it was in danger of being ‘voiceless’ at the summit, and Jair Bolsonaro decided not to waste time and to ask the USA to help in firefighting. Trump did not hesitate. «Absolutely, we will be a voice for Brazil,» the president responded, confirmed the White House official.

While French President announced at the end of last weekend’s G7 meetings that member nations had approved a $22 million emergency aid package to help combat the fires, the US did not support the measure. Instead Trump insisted any solution should be done in consultation with Brazil, senior White House aides said this week.

In a tweet after the summit — as Bolsonaro threatened to reject the aid money in a feud with Macron — Trump praised Bolsonaro for «working very hard on the Amazon fires and in all respects doing a great job for the people of Brazil».

In his turn, Donald Trump proved his reputation as the leader of a global movement and grew intrigued by Jair Bolsonaro given the comparisons between the two politicians during Bolsonaro’s campaign.