Brigitte Macron: the ‘first lady’ in all but title 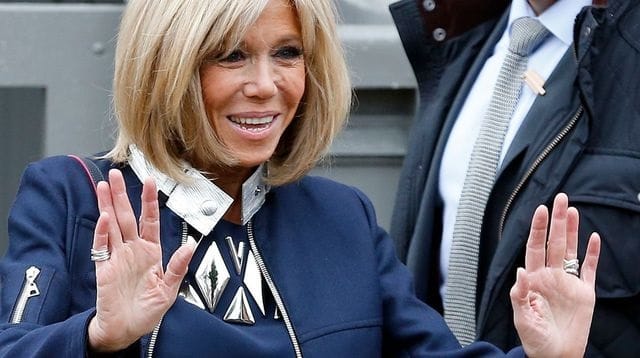 Brigitte Macron, ex-schoolteacher, plans to become involved in issues of education and disabilities in modern France, the title of the first lady isn’t her priority at all.

The petition of French people against the official title of the first lady for Brigitte Macron caused the resonance. The law of French republic defines either the role of the spouse of a president or the resources granted to that person. In other words, the title ‘first lady’ doesn’t exist in France.

Traditionally, presidential partners benefit from an office, assistants, and a security detail paid for out of the budget of the Office of the President.

In response to the online petition that drew more than 300,000 signatures against the title of the ‘premiere dame’ for Brigitte Macron, she said in the recent interview for Elle she is no fan of her title as France’s ‘first lady’.

“Like all of those before me, I will take on my public role, but the French people will know the resources at my disposal,”

Brigitte Macron about her role of the first lady

The President’s wife appeared to welcome the news in her interview with the magazine.

“We’ll post my meetings and my commitments on the presidency website so that the French people know exactly what I’m doing. What’s important is that it is clear,”

she explained. Moreover, she added that she apparently didn’t like the title of first lady anyway.

“I don’t feel like a first lady. That’s the translation of an American expression, and I don’t like anything about it. I don’t feel like the first, or the last, or a lady. I am Brigitte Macron!”