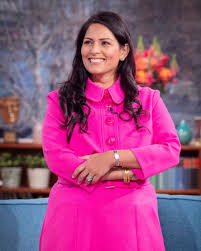 The UK does not rule out the possibility of deporting Ukrainian refugees to Rwanda. This follows from the new policy of the head of the Ministry of Internal Affairs of the Kingdom Priti Patel on granting asylum.

It is noted that during a speech to MPs, Immigration Minister Tom Pursglove said that decisions to send asylum seekers to Rwanda in the UK would be considered “on a case-by-case basis.” At the same time, he did not rule out that Ukrainians could be among the deportees.
On May 9, the UK Home Office published a guideline outlining the criteria for deporting refugees. So, it states that people who “reached the UK through safe third countries”, such as Poland or France, may fall under the document and be deported to Rwanda. Changes to the law on citizenship and borders were decided to be made after almost 8,000 migrants arrived in the UK illegally in 2022 alone. The Ministry of Internal Affairs of the country announced that by the end of the week the first group of refugees will be formed, who will be “relocated to Rwanda.”
Pursglove stressed that there is no reason why Ukrainians have to travel illegally to the UK in order to obtain asylum there, since there are two special programs for these citizens.