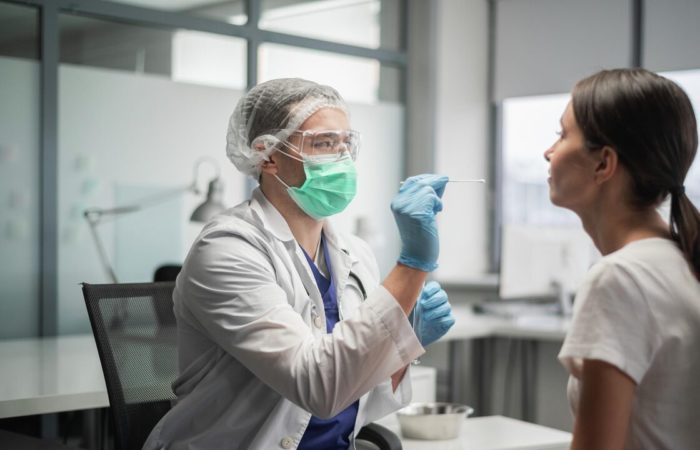 The UK Public Health Agency (UKHSA) has announced that it is starting to offer COVID-19 testing to passengers arriving from China.

“The program will offer swabs for PCR testing on up to 20% of arrivals from selected flights. Positive tests will then be sent for sequencing and analysis. Anyone who is offered a test is encouraged to take it, although this testing is not mandatory for arrivals “, the Health Agency said in a statement.

At the end of December, it was reported that arrivals from China to England would be asked for coronavirus tests taken before departure. At the same time, mandatory testing after arrival is not provided.

Earlier, Chinese Foreign Ministry spokesman Wang Wenbin said that China considers the requirement of a number of countries for PCR testing of all passengers arriving from China to be discriminatory, Beijing calls for abandoning this practice and intends to take equivalent retaliatory measures.

In December last year, the Chinese authorities began to actively weaken the anti-COVID policy, which for almost three years remained the toughest in the world, negatively affecting the economy, global production and supply chains, tourism and interstate exchanges. A significant adjustment in measures came after a wave of protests in the largest metropolitan areas of the country demanding to lift lockdowns, stop regular large-scale PCR testing, and begin a policy of easing anti-epidemiological measures. Since January 8, as part of a move away from the “zero tolerance” policy for the coronavirus, quarantine and PCR testing for people arriving from abroad have been completely canceled.

⠀
At the same time, the country is experiencing an increase in the incidence of COVID-19, the status of which, since January 8, the Chinese authorities have transferred from class “A”, which includes especially dangerous diseases, to a less dangerous class “B”. Against the backdrop of an increase in the incidence in China, a number of countries decided to tighten measures for passengers arriving from China. In particular, Japan, the USA, Italy, South Korea oblige those arriving from China to take tests for COVID.