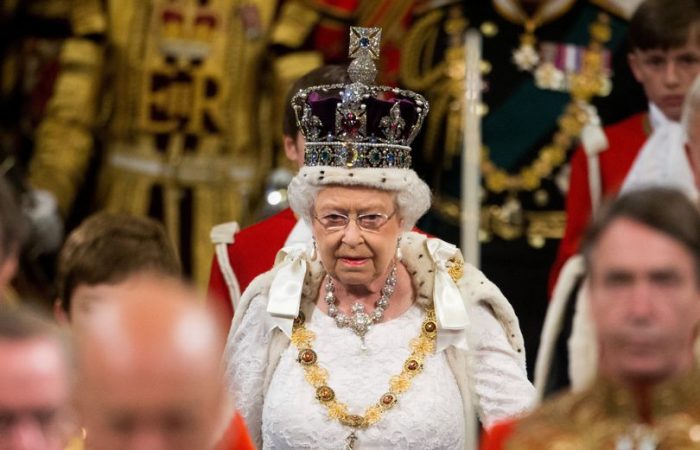 The Cullinan Diamond, one of the largest Britain’s Crown Jewels, was formed close to the Earth’s core, according to the astrophysics. Unique stone remains the largest diamond ever discovered on the planet, while the experts have used pioneering laser technology to establish its origins.

The Crown Jewels is a miracle, but two stones in that collection are world-famous. The Cullinan Diamond is one of two originating more than three times deeper than most diamonds in the Earth’s mantle, before eventually being thrust up through volcanic eruptions.

In general, the majority of diamonds form in the base of the continental tectonic plates at around 150-200km deep but some rare diamonds formed deeper in the mantle.

Cullinan was discovered in a mine in South Africa in 1905 and now forms the centrepiece of the Crown Jewels. It weighed 3,107 carats in its uncut form and now consists of nine large stones and ninety-six smaller stones. The stone was presented as a symbolic gesture intended to heal the rift between Britain and South Africa following the Boer War.

The Cullinan Diamond was taken under heavy police escort for a formal presenting to King Edward VII’s 66th birthday.

The second diamond, Hope, found to have such traces of bridgmanite was the Hope diamond discovered in India and kept at the Smithsonian Institute in the US.

Diamonds and their remarkable journey to Earth’s surface

According to Dr Wuyi Wang of the Gemological Institute of America, discovering the deep mantle origin means that the material in these diamonds undergoes a remarkable journey.

“We believe that the boron, which give the Hope diamond it’s characteristic blue colour, originates from the bottom of the oceans. From there, plate tectonics drags it hundreds of kilometres down into the mantle, where it can be incorporated into a diamond,» Wang explains.

In fact, it is another miracle of the Mother Nature when it occasionally returns beautiful diamonds to the surface, as passengers in volcanic eruptions.

Both the two largest stones, Cullinan and Hope, were set into the Sovereign’s Sceptre and Imperial State Crown.

Its Raman spectrometer technology found that the way the light scattered was characteristic of bridgmanite breakdown products. Dr Evan Smith said: “Finding these remnants of the elusive mineral bridgmanite is significant.