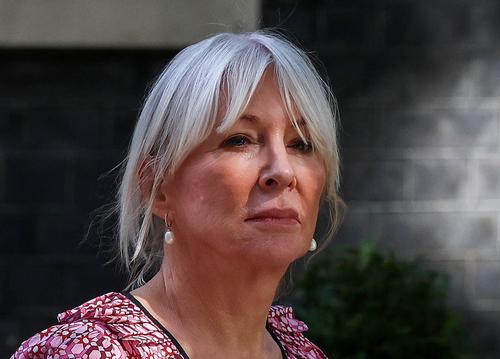 As Nadine Dorris noted, she is honored that the new Prime Minister of the country, Liz Truss, expressed confidence by offering to remain as head of the Ministry of Digital Technologies, Culture, Media and Sports

“I have submitted my resignation to the outgoing Prime Minister [Boris Johnson]. I am honored that Liz Truss expressed her confidence in me by offering to remain as head of the Department of Digital, Culture, Media and Sports. She, like Boris Johnson, has always can count on my devotion and support,” Dorris tweeted.

Earlier, British media reported that Johnson could give Dorris a peerage, after which she would take a seat in the House of Lords of the UK Parliament. In such a case, an early election will be held in the Mid-Bedfordshire constituency in the east of England, which Dorris has represented as a member of the House of Commons since 2005.

In her ministerial post, Dorris was remembered by most Britons for her tense relationship with the BBC Broadcasting Corporation: the head of the department has repeatedly spoken out in favor of reviewing the current system of financing the corporation, which is, in fact, financed by taxpayers. At the moment, the source of the BBC’s livelihood is the license fee for the use of each television, and all households have to pay them.

Truss on Monday was announced as the country’s new prime minister after summing up the results of the election of the leader of the ruling Conservative Party, which took place after the announcement of the resignation of Boris Johnson. Truss will formally take up his new position on September 6 after an audience with Queen Elizabeth II. She is expected to announce a new government later on Tuesday.