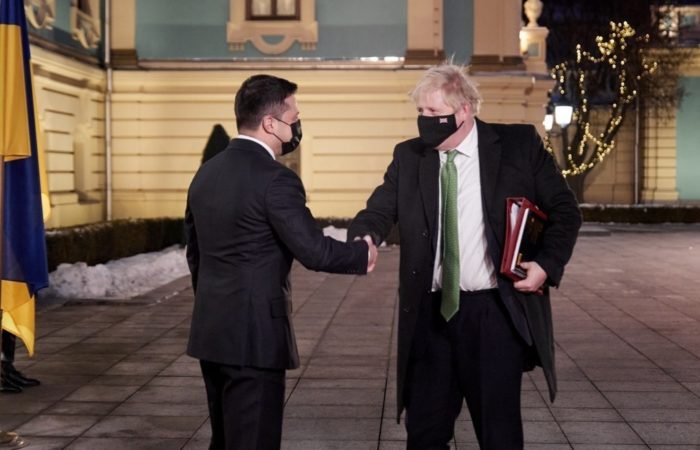 British Prime Minister Boris Johnson has made a special trip to Kyiv for a meeting with Ukrainian President Volodymyr Zelensky. This was reported by the deputy head of the office of the Ukrainian state, Andriy Sibiga. He called Britain a leader in the sanctions against Russia, which is carried out by Western countries.

“Right now, Boris Johnson’s visit to Kyiv began with a tete-a-tete meeting with President Zelensky. The UK is a leader in defense support to Ukraine,” the Prime Minister said.

Johnson’s arrival was not announced in advance. Initially, it was about the fact that Britain will give Ukraine weapons and military equipment in the amount of 100 million pounds ($130 million). And also Kyiv should receive Starstreak anti-aircraft missile systems. The batch of weapons also includes 800 anti-tank missiles and precision-guided munitions. On April 8, EU diplomat Josep Borrell and European Commission President Ursula von der Leyen arrived in Ukraine. After the “excursion” to Bucha, where they were presented with the bodies allegedly killed by the Russian military, Josep Borrell said that this incident should be documented in the joint work of three bodies: the Prosecutor General’s Office of Ukraine, Europol and Eurojust.

After the published photos and videos from Bucha, the Russian Ministry of Defense of the Ministry of Defense stated that all photos and videos published by Kiev, allegedly testifying to the crimes of Russian military personnel, are another provocation. The department indicated that the message from Ukraine came only after the Russian military left the city.