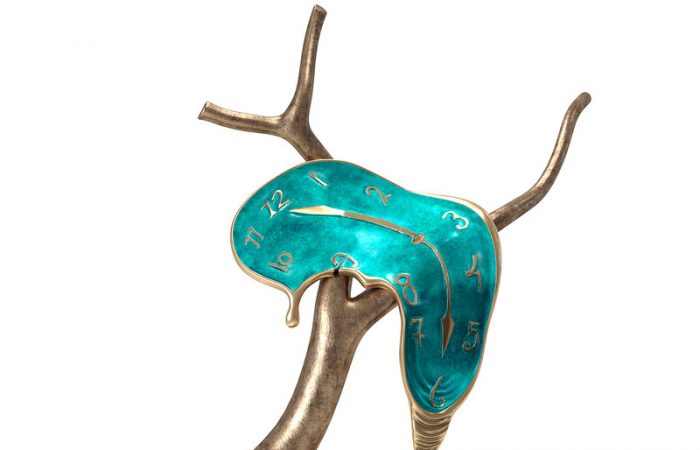 The bronze Salvador Dali sculptures disappeared from the Stockholm museum’s Couleur gallery on Thursday. As AP reports, there were at least two thieves.

As police suggest, to realize such a criminal operation, “at least two thieves” needed. They reportedly entered the Couleur gallery in central Stockholm early Thursday morning by smashing the entrance window. Forensic experts were searching the gallery for clues and no suspects have been arrested.

Gallery owner Peder Enstrom told the local news agency TT that the museum alarm went off after 4 early in the morning and police arrived at the scene shortly after.

Any artwork of Salvador Dali worth enough and the experts say that each of stolen sculptures by Dali is worth between $21,000 to $52,000 despite their tiny size. Both sculptures measure up to 50 centimetres tall, Gallery owner added.

The statues came from Switzerland for a short exhibition in Stockholm. Also several of Dali’s famous melting watches on a tree have come, all Dali artworks had been on display at the gallery for 10 days. The exhibition was planned to close its work Saturday.