Burbock was pelted with eggs in Wuppertal 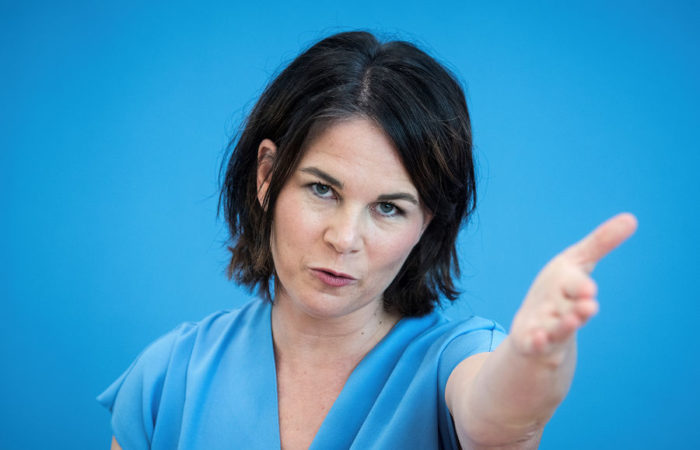 German Foreign Minister Annalena Berbock was pelted with eggs during an election rally in Wuppertal in the west of the country, Das Erste reports.
The diplomat arrived in the city to support fellow party member Mona Neibauer, who is participating in the elections in North Rhine-Westphalia. Burbock took the stage to speak to the rally participants, after which eggs flew from the crowd at her. The guards quickly covered her with shields, and the woman who attacked the minister was seized by the police.
Burbock asked the bodyguards to step aside and stated that she would not tolerate threats and such ways of expressing disagreement with the authorities.

“Throwing eggs or stones at those who think otherwise is a dubious way to exercise the right to freedom of speech,” the politician stressed.

The event continued after that, and then Burbock went down to the visitors and took pictures with them.