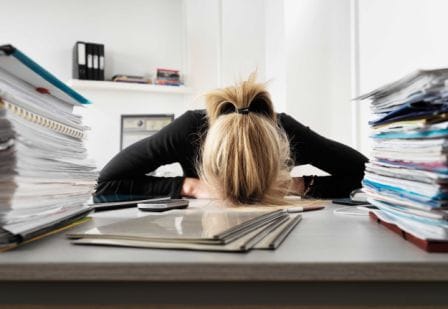 This list is the common tool of doctors and insurer, according to the MedicalXpress. WHO made the current changes during the last meeting in Geneva. This decision would end the long lasting debates about the definition and attitude to the condition.

According to ICD, the burn-out is classified as “syndrome conceptualised as resulting from chronic workplace stress that has not been successfully managed”. It has three signs or appearances. At first, a person feels exhaustion or lack of energy. Then a patient disconnects from a job, a person loses interest in the common tasks, developing cynical or indifferent attitude. The last feature is characterized by the loss of productivity.

Experts highlighted the local meaning of burnout. According to the catalogue, it should be used only in the occupational context.

«This is the first time» burnout has been included in the classification, WHO spokesman Tarik Jasarevic told reporters.

This is the 11th version of IDC. Its draft was proposed last year. The catalogue was confirmed on Saturday, May 25. It’ll take effect in January 2022. Burnout wasn’t the only update. The new list includes several other new conditions, like video gambling. It’s the first tine video games were recognized as a real addiction cause by IDC. Additionally, experts edited the list of mental disorders, excluding transgenderism from it.

The previous version of the list, IDC-10, was used since 1992. It was updated annually, but WHO made only minor changes. The document is used with other related norms, which create the «family» of international classifications. The database, called WHOFIC, is used by experts worldwide to prescribe the medication, therapy, care or compensation.