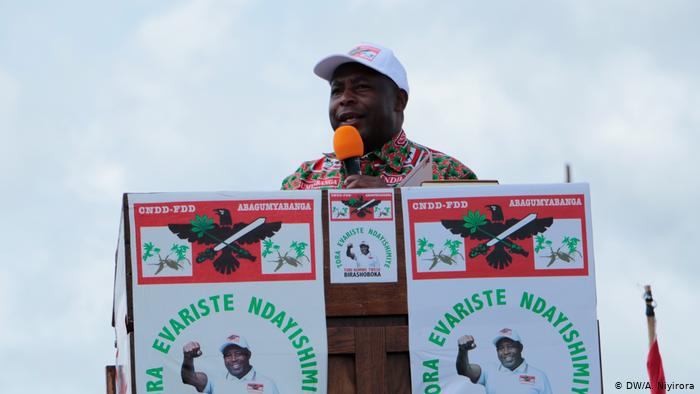 Burundians are voting in a tense election to replace long-ruling President amid a social media blackout, DW reported. Pierre Nkurunziza’s office said that the elections are proceeding despite an outbreak of the COVID-19 in the East African country.

While Burundians are ready to vote, there are numerous reports of a social media blackout that started Wednesday morning.

The citizens of the East African nation stood in long lines outside polling stations, which opened shortly after 6 am local time, to elect a new president, parliamentarians and local councillors. According to the vast majority of the Burundians, the era of long-ruling Pierre Nkurunziza should be over this year.

The presidential elections in the country are taking place under toughest times. SOS Medias Burundi tweeted earlier this morning in French: «Impossible to access Burundi’s principle social media networks, those which are cut: WhatsApp, Facebook, Twitter and YouTube.»

Nkurunziza, a former Hutu rebel chief, announced that he would not be a candidate in 2020. However, the national leader has a hope that this could herald the end of a repressive rule were dashed with the appointment of his party’s candidate, retired army general Evariste Ndayishimiye.

In other words, Ndayishimiye’s appointment was a compromise between Nkurunziza and a small but powerful junta of generals who control the levers of government.

The UN urges for political dialogue in Burundi

The Burundi Human Rights Initiative believes that he was chosen because he was «faithful and ready to die for his party».

On May 17, 2018, Burundians overwhelmingly voted for constitutional changes that could potentially see Nkurunziza stay in office until 2034. The opposition claimed the vote was marred by scaled fraud.

Still, Ndayishimiye’s choice ensures that no real changes will take place if he wins, which, at this point, seems likely. While the party is ethnically dominated by the Hutu majority, the ethnic question in Burundi is not nearly as important to people, as political parties might like to think it is.

Meanwhile, the activists say there are repressions of the political media, especially those that represent the Burundian opposition.

Amid the coronavirus outbreak in the country, Bujumbura announced a 14-day quarantine requirement for any observers entering the country due to the pandemic.

Moreover, Burundi’s government also refused any electoral observers from the United Nations (UN) or the African Union (AU), accusing the latter of being too close to the opposition.

Taking into account such an active political rivalry in Burundi, both the UN and AU on Sunday issued a joint statement calling on authorities to ensure voters’ safety. The two organizations urged for solidarity and dialogue.