Canada moves a step closer to legalising marijuana by autumn 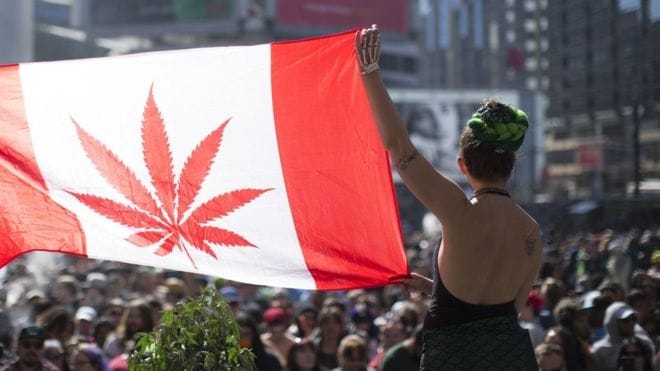 Canada will be the first G7 nation where marijuana is going to be legalised. If Senate approves the recreational use of the drug by autumn, the Canadians will have a chance to buy the special plant. Since 2001, the medical use of cannabis is legal in the country, BBC reports.

Canadian MPs sees cannabis as a medical treatment, a Cannabis Act passed the Senate with 52 votes for, 30 against and one abstention after months of debate over the ramifications of legalisation. Legalising this unique plant was a 2015 campaign promise of Prime Minister Justin Trudeau who even has admitted having smoked a joint with pals “five or six times.”

The legalising weed means to be up to Canada’s provinces and territories to set up distribution networks and enforcement, so marijuana shops set to open by August or early September after Senate approves Bill-45.

Advantages of legalising marijuana in Canada

According to the Cannabis Act, sales to anyone under 18 would be banned under federal law but provinces and territories could set their own age limits. Statistics Canada has estimated that the market will be worth Can$5.7 billion ($4.5 billion US), based on last year’s consumption data.

Justin Trudeau supports the legalising weed, saying that Canada’s allies recognize that the country is being daring, the current prohibition does not work, that it’s not preventing young people from having easy access to pot.

“In many countries, especially in Canada, it is easier (as a minor) to buy a joint than buy a beer,”

Trudeau said and stressed that organized crime is making huge sums of money on the illicit sale of marijuana. It is the right time for the Canadian government to curb the criminal activity in cannabis sector, moreover, the legalising marijuana would allow the government and the provinces to levy taxes on legal weed sales amounting to hundreds of millions of dollars annually.