Catalonia to declare independence from Spain this weekend: leader 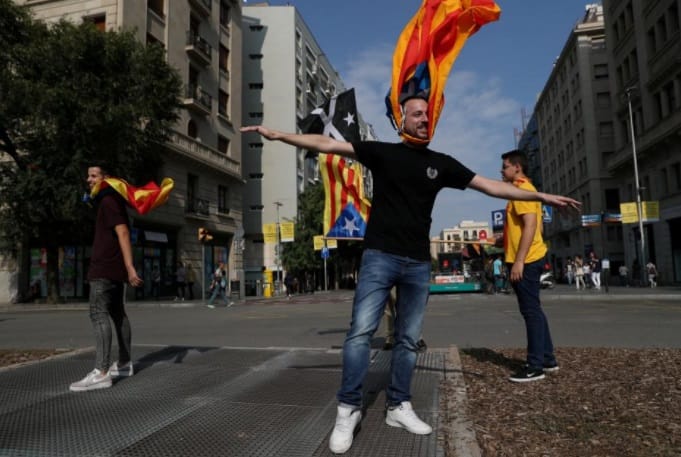 Catalonia referendum made daily life in Spain unbearable, the leader of the separatists said that the region is going to declare its independence from the Kingdom this weekend.

Catalonia will move as soon as this weekend to declare independence from Spain, the region’s leader said, moving the European Union country closer to a rupture that threatens the foundations of its young democracy. A reason why the old democracy wasn’t suitable for the Catalans, Carles Puigdemont didn’t explain, indeed.

In fact, the Spanish constitution describes the monarch as head of state and commander in chief, although the king serves a largely symbolic role these days. He traditionally addresses the nation during the Christmas holidays — not during political crises. Mr Puigdemont is due to make a statement at 9 p.m. on Wednesday.

Spanis crisis is getting worse

Spain’s worst crisis in decades has shaken the euro and sharply increased Madrid’s borrowing costs, while banks led a fall in Spanish stocks on Wednesday. The EU countries are worrying about the situation in Spain, the separatism brings nothing good to any modern state.

Spain’s prime minister Mariano Rajoy, a conservative who has taken a hard-line stance on the issue, faces a huge challenge to see off Catalan independence without further unrest.

European Council President Donald Tusk has backed his constitutional argument but some fellow members of the bloc have criticized his tactics. Tusk has appealed to Rajoy to seek ways to avoid an escalation in Catalonia and the use of force.