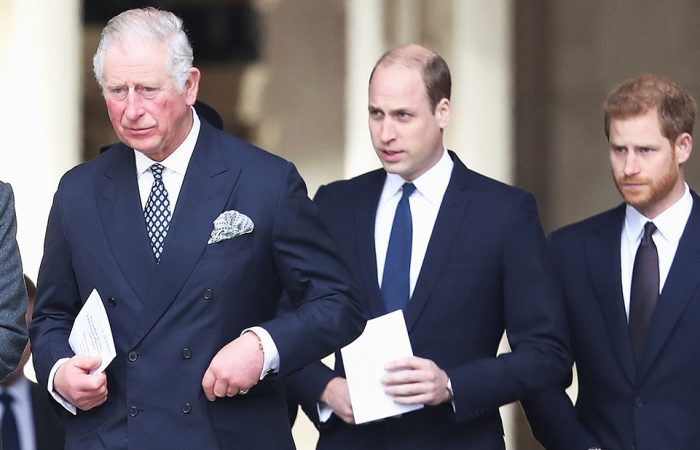 Princes of the royal British family have gathered for the saddest event in their lives on Saturday. Prince Harry met with his brother, Prince William, and a father, Prince Charles, for around two hours on the afternoon.

All three men were reunited on Saturday as they met up for a catch up following the funeral of Prince Philip. This was the first time they have spoken in person since he and Meghan spoke to Oprah Winfrey on American TV, making serious allegations against members of The Firm.

Observers hope that their forced meeting upon the death of the Duke of Edinburgh will bring some form of peace between the trio. In fact, “meaningful reconciliation” remains some way off, according to The Sun.

In an impromptu moment, the bothers were seen briefly on camera taking to each other as they walked back to Windsor Castle from St George’s Chapel on the conclusion of the funeral service.

Harry will not stay in the UK for a prolonged period of time, and shall likely miss The Queen’s 95th birthday on Wednesday. His wife, Meghan, is pregnant with their second child in California. That is why the former actress was absent at the funeral of Price Philip.