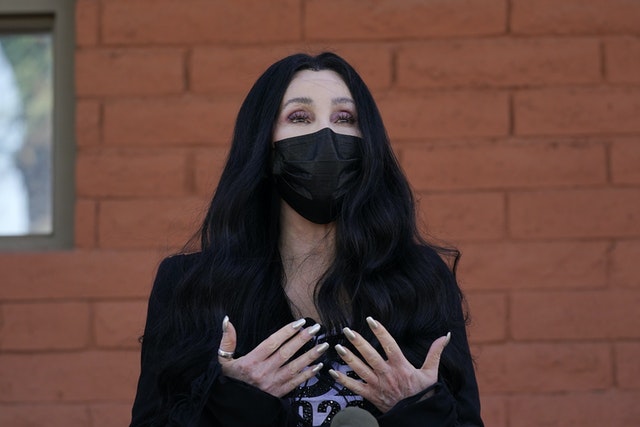 Cher expressed concern on the life of the ‘world’s loneliest elephant’ that lives in Pakistan. Actress and singer is visiting Pakistan to celebrate the departure of Kaavan. The mammal is set to leave for a sanctuary in Cambodia this weekend, LBC news agency reported.

Cher decided to say good-bye to the Pakistani elephant Kaavan. Due to Cher’s private schedule, “she is on her way,” said Martin Bauer of Four Paws International, a Vienna-based animal welfare group that has led the charge to save ‘the world’s loneliest elephant’.

Kaavan has languished in a zoo for 35 years, and lost his partner in 2012. Since then, the elephant’s physical and mental health caused regular concerns. He was diagnosed by veterinarians as both overweight and malnourished earlier this year, and also suffers behavioural issues.

On Sunday, an elephant is set to leave for a sanctuary in Cambodia, and Cher expressed he readiness to say good-bye to him. Cher took up Kaavan’s cause and has been a loud voice advocating for his resettlement.

In fact, the battle for his relocation began in 2016, and Cher’s efforts helped the activists to settle this issue.

“Thanks to Cher, but also local Pakistani activists, Kaavan’s fate made headlines around the world, and this contributed to the facilitation of his transfer,” Mr Bauer said.

Pakistan’s high court in May ordered the closure of Marghazar Zoo in the capital of Islamabad, where Kaavan has lived for rest of his life. our Paws International members and Cher will accompany elephant to the sanctuary.

Elephant’s memory make them vulnerable after losing a partner

Mr Bauer lauded the powerful impact Cher’s and other celebs’ voices can have for animal rights. Kaavan needs special attention because of the different health problem. For elephants whose memory is extremely deep, losing a partner means a catastrophe, the experts say.

In September, a medical examination showed animal’s nails were cracked and overgrown — the result of years of living in an improper enclosure with flooring that damaged Kaavan’s feet.

The elephant has also developed stereotypical behaviour, shaking his head back and forth for hours, which the medical team of wildlife veterinarians and experts blamed on his utter boredom.

For the past three months, a Four Paws team including veterinarian Dr Amil Khalil and the Islamabad Wildlife Management Board has been readying Kaavan to leave.

“Celebrities lending their voices to good causes are always welcomed, as they help starting public discourse and raising pressure on responsible authorities,” Bauer said and added that across the globe there are animal lovers, famous and not famous, and the support of every single one of them is crucial.