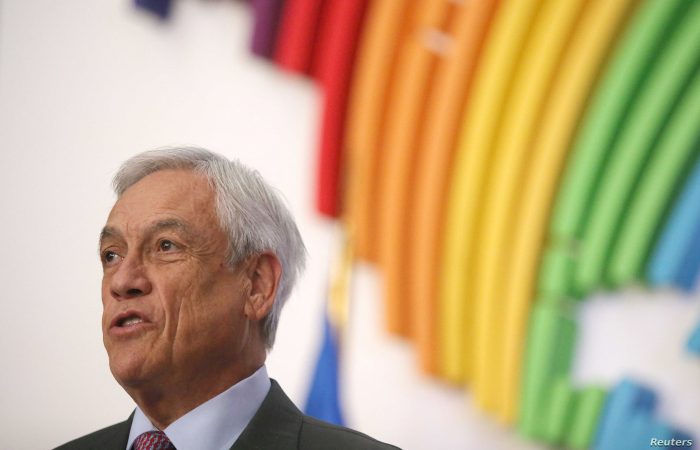 The International Criminal Court (ICC) for crimes against humanity reported on the indictment of the Chilean leader Sebastian Pinera.

In Chile, the social riots in October 2019 have raised the issue of human rights’ violation approved by President Pinera. On Friday, the ICC’s declaration denounces the multiple cases like the murders, torture, eye trauma, serious injuries, arbitrary detentions, committed by the state agents against thousands of Chileans.

The accusation was brought by the Chilean Human Rights Commission (CChDH) and former Spanish judge Baltazar Garzon, well known for his involvement in an indictment against odious Augusto Pinochet (1973-1990).

According to the CChDH’s president, Carlos Margotta, using the ICC is a duty and a right when the Chilean authorities have failed to fulfil their obligation to investigate and punish those responsible for crimes against humanity.

Margotta added in the statement that the Chilean government’s failure to comply with the recommendations of the UN High Commissioner for Human Rights, and assures that the attacks on the civilian population by state agents, from October 2019 to April 2021, have persisted.

Additionally, the statement refers that these patterns of behaviour are far from international standards on the use of force and respect for human rights.